"It forces you to think about the industry, and not just the thing that you are trying to innovate"

A global innovation agency believes that in modern-day trade, there has become a need for expertise that was not previously associated with horticulture and fresh fruit and vegetable production, in order to facilitate transformation and growth into the future.

While the concept of open innovation, and adapting concepts and ideas from other industries have been around for a while, Beanstalk Principal, Paul Levins says it has become time for fresh produce companies to think about what they are trying to achieve, beyond just growing food and increasing yields. He explained that it is not just about introducing things like digitalisation, artificial intelligence and machinery that increases speed or efficiency, but it is about problem-solving, as an American carrot company, Bolthouse Farms discovered.

"What I like about open innovation is that it forces you to think about the industry, and not just the thing that you are trying to innovate," he said. "Bolthouse farms is the largest producer of carrots in the United States, and they have a large export presence as well. The temptation is to think the business is all about carrots. It is in a way; but is it a bunch of carrots, or a bunch of industries?

"The CEO really thought about his production business and originally he came from Coca Cola and saw it as a bunch of industries; so he took lessons from the fast food, packaging and snacking industries. He asked how he could treat (carrots) as junk food? What are the elements of junk food that make it sellable; how can I make it more accessible, more available and more affordable? From there, after there was a spike in the sale of baby carrots, he then progressed to say what else can I do with it and came up with juicing it and extracting protein from it and then have protein drinks. It may not be carrot juice, it may be other drinks like vanilla chai. So, he has created multiple streams and is touching on things like health and wellness trends, so he now has people coming to him to learn about things like protein extraction." 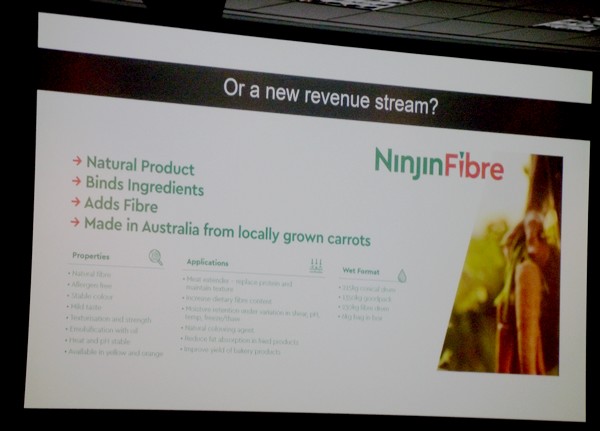 But Mr Levins has noticed that while the Australian industry produces a lot of carrots, businesses are mostly price takers, rather than price makers. He asks whether deep experience in the industry hold it back?

"Does the fact that we are so immersed in our industry, hold us back a bit?" Mr Levins said. "On average a farmer spends 37 years of experience on the land. That's a good thing. That's a great thing! But does it mean that businesses are not focused on what the next thing is and how they can truly disrupt their industry? Hort with some investment in technologies, and looking to the future, could revolutionise the supply chain. Imagine the transformative power of the industry and the ability to onsell this. We need to think outside of just 'how do I grow more fruit and vegetables' and the horticulture industry and advisory panels are starting to think of these things, but my question is: can we think bigger?"

Beanstalk is a consulting business and has offices in Australia and Singapore, and the company works with both large corporations and start-ups, as well as research institutions. Mr Levins says it is the only ag-tech focused, open innovation organisation that he knows of in the Southern Hemisphere.

"Essentially, open innovation is a multi-disciplinary approach to solving problems," he explained. "Currently, we focus very much on our own industry, necessarily, but there are lessons outside of our industry that is very valuable and can often recreate and disrupt our industry. It uses external ideas, but also takes internal ideas - and problem redefinition is absolutely critical. It works really well when there is a commercial partner who is there from the outset, who is capable of being brought along in the journey and understands why they are redefining the problem and has insights themselves. It's more of a tech-pull than a tech-push. When it works well it has elements of design thinking; something could be a fantastic solution, but it may not be desirable, feasible or viable - or might only have one of the elements. But not only do ideas flow into an organisation from outside but ideas that are internal to the organisation flow out to other market places and generate another revenue stream." 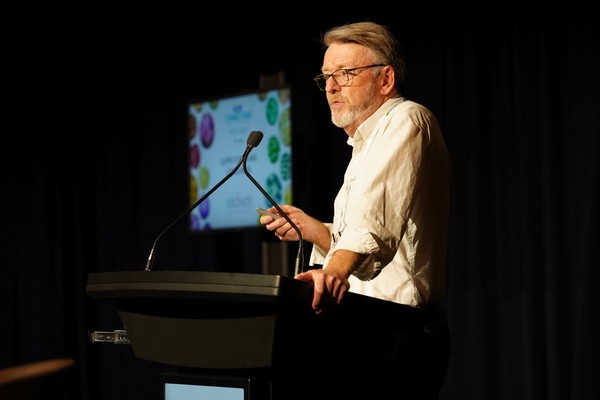 Mr Levins also noted that the management of one particular world-leading major food and beverage brand famously has a mindset of not travelling to other food conferences, because they already know what is there, but they travel to other industry's conferences to learn new breakthroughs and bring them back to their own.

"It's also really about networks because you have someone that really understands what the new problems are that will take you forward," Mr Levins said. "Do solutions already exist that solve your problem? What you need in an open innovation partner is someone who curates your problem and your solutions to get the right result. Problem redefinition is absolutely critical. When companies are stumped about how to make a breakthrough, it is often because they have redefined the problem incorrectly - yet they think that is the real problem."