There’s no doubt about it that the pandemic significantly affected how consumers shop for food--and what they buy. Yesterday’s PMA Virtual Town Hall, “Consumer Trends in Action”, dug deeper into trends emerging from the last 18 months…and what lies ahead.

Tom Rees, industry manager with Euromonitor International, began the session by touching on macro trends and produce purchases, beginning with the fact that the pandemic had a positive affect on fresh food sales. “Food is one industry that did well out of the pandemic. Luxury goods, consumer electronics, home and garden all saw falls in sales. But packaged food and fresh food both increased their sales ahead of what was forecast pre-pandemic,” he says.

However mobility limitations throughout 2020 significantly affected how we bought food. “The major thing that affected all food sales was the shift of food occasions into the home and in-store retail benefited. Consumers had to buy at retail what they would have bought when they were out,” Rees says. 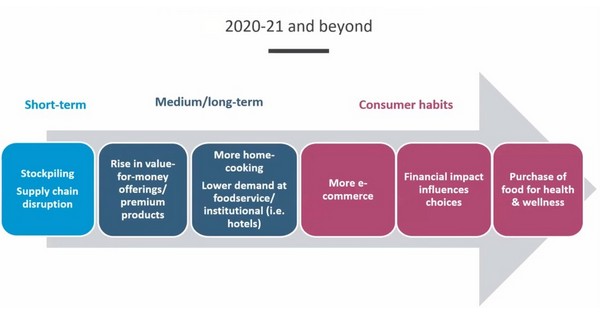 Meanwhile, the economic divide factored into what was being purchased. People with higher incomes had less economic impact from the pandemic and were already spending more money on eating out. When those eating occasions shifted into the home, these consumers were willing to pay more for premium products to recreate restaurant quality at home. “Because their money moved into retail, some of these premium brands and choices did better,” says Rees.

The future in value labels
Meanwhile lower income consumers were already spending less on eating out and the restrictions of services impacted them less.

“Value/private label products grew because food sales in total grew--but some brands were left out and didn’t benefit like premium did in that period,” says Rees. “However in future, the value in private label will likely thrive because with the reopening of foodservice, higher income people will shift money back into eating out more. So a return to normal looms for that premium segment.” And following the economic legacy of the pandemic with unemployment and job losses, continued strength for private label lies ahead.

The relationship between health and food was also brought to the forefront. “Health and wellness food sales rose by 5.1 percent in 2020. We all had it demonstrated to us in the discourse around the pandemic that eating healthily was important because being healthy was important,” says Rees.

In terms of consumer habits that are likely to stay, e-commerce will persist because so many people experienced the convenience of using it. The financial impact of the pandemic will continue to influence choices in either that return to foodservice or increasing use of value brands. “And the purchase of food for health and wellness will likely continue,” says Rees.

The town hall then turned to Jonna Parker, principal with IRI Center for Excellence, who shared insights gained from consumer household panel data. Beginning with where exactly consumers shopped during the pandemic. “We opted for the store we knew the most, that was the closest to us and was the most convenient because it had all the items we were looking for as we ate more at home,” says Parker. 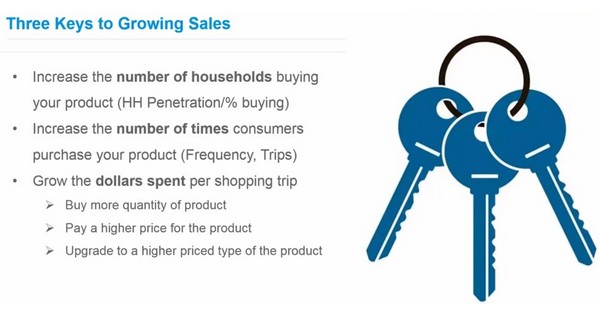 The role of club stores
Notably, club stores such as Costco continued rising in market share with regards to produce. “Consumers stocked up now because they’re at home. They also report that club stores offer what they need, even though the variety is less. That makes club a formidable channel to focus on in the fresh produce industry,” says Parker.

Also notable is the frequency with which consumers shopped, something that particularly impacted vegetable purchases. “Consumers replicated restaurant meals at home and they opted for fresh produce more often than they did previously. Before the pandemic, most commodities saw the same households buying in the same pattern and the pandemic disrupted that,” says Parker. “A lot of veg sales were gained because of frequency. When consumers had to make more meals at home, fresh vegetables made it into the basket more often and that meant more foot traffic for that department. These are now an anchor for the trip in the way they weren’t pre-pandemic.”

With that came increased spending per trip. “Consumers often bought larger quantities because they were going to stores less often. They also potentially paid for a higher price type of product--maybe a more expensive variety of apples because my kids were home more,” says Parker, adding that for total produce, about 79 percent of additional dollars added came from a change due to more dollars spent per trip. 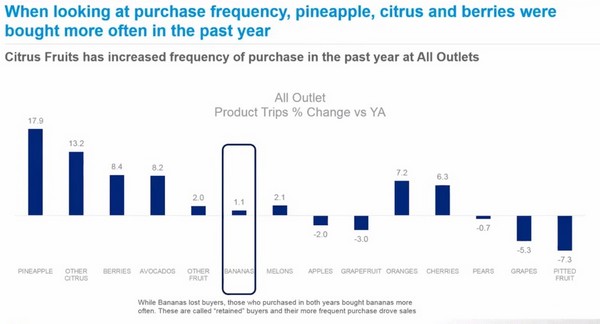 Fresh fruit benefited from this trend even more so. “We did see several types of fruit gain people who’d never bought that fruit in the prior year. Pineapple and citrus, such as tangerine, those had the biggest benefit. Berries which have been a juggernaut of growth for years, also saw one million new buyers last year due to COVID,” says Parker.

Other types of fruit trends
At the same time, other commodities such as oranges, apples, grapes and pears lost buyers. “Many of these categories trend older. As we age as a society, not gaining new buyers from younger households will be a critical issue for some of these fruits,” says Parker.

Demographics was also worth digging into further. Parker notes that upper income earners were more likely to spend more on fresh produce. “But it’s important we don’t lose sight of lower and middle income households because they make up 60 percent of all sales of fresh produce,” she says.

And alongside income, life stage should also be a consideration, particularly given the majority of households today in the U.S. are made up of one to two people. “They tend to be just getting started or retirees or later in life workers. So when you picture your shopper, do not picture it to be a she who’s at home with children because those young families and raising teens do buy fresh fruit at a higher spend rate than other generations. But there’s more sales percentage coming from other types of households,” says Parker.

The conversation then turned to Brian Numainville, principal, The Feedback Group, who shared insights via its retail network survey around core experience factors and the top supermarket and online shopper takeaways. 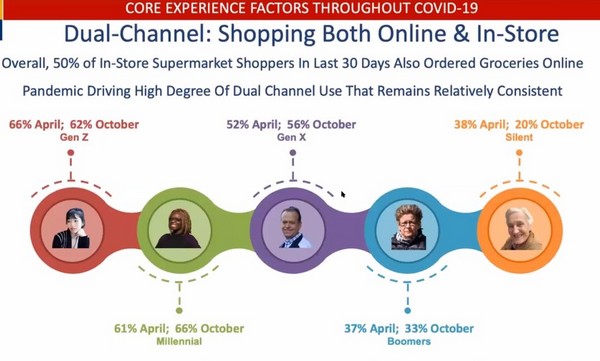 Along with previously discussed trends such as shoppers shopping less and spending more per shop, shoppers keeping more food on hand, another insight emerged.

“Last year 50 percent of shoppers reported shopping both in store and online in the last 30 days. The pandemic was driving a high degree of dual channel use and despite generational differences, this was happening across the board,” says Numainville. “In the past, these have been separated--either you were an online shopper or in-person shopper.”

Another smaller trend emerged around picking up at the store versus delivery. “In 2018 that was slanted more towards delivery at 57 percent and 43 percent in pickup. But with the growth of click and collect, last year we were up to 54 percent by pick up and 47 percent delivery,” says Numainville.