There will be no shortage of hazelnuts in the Pacific Northwest this season. In fact, many suppliers will be having difficulty keeping up with demand. For Fraser Valley Hazelnuts in British Columbia, Canada, this is a challenge that they are preparing to face for years to come.

“Most of our trees are an average of five years old, so they’re just starting to come into production,” said Kevin Hooge, co-owner of Fraser Valley Hazelnuts, a family business settled in the eponymous region of southwestern Canada.

“There was a blight that came through, so all the old varieties and all the old orchards are gone, so everything’s new, basically,” he said. “So they’re just starting to produce. There’s about five-hundred acres planted in the Fraser Valley, kind of western Canada, and only about thirty to forty that are actually producing, and out of that thirty to forty they are only an average of five years old. A typical orchard in full production will get about five-thousand pounds to the acre, and right now we’re probably getting an average of a thousand pounds to the acre.”

We’ll only be harvesting about 12-15 acres,” he continued. “For being in the early stages they’re looking pretty well, I’d say. We’re not anywhere close to full production. That’ll still be another few years.”

Hooge explained that a fully matured hazelnut tree is around twenty years old with a lifespan lasting roughly fifty to sixty years. This means that Fraser Valley Hazelnuts will likely have steady exponential growth for years to come.

“There’s about 500 acres planted in the Fraser Valley. If that’s in full production someday, that’s about 2.5 million pounds, roughly, eventually. Definitely a lot of potential. There won’t be problems selling them locally. At least here in Canada it won’t be a problem.” 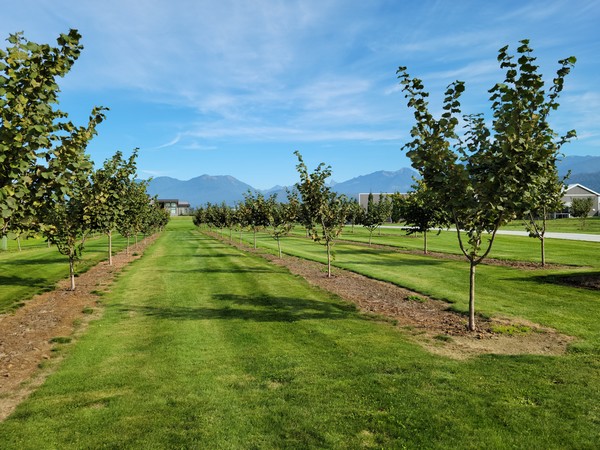 “We sell out within a couple weeks,” said Hooge. “There’s so much demand and so little actual supply right now. This time a year we sell a lot of in-shell, we sell to a lot of grocery stores, like farmers markets, that sort of thing. It’s a seasonal thing, everyone sits by the fire, traditionally, and cracks nuts and eats them. That’s kind of traditionally how people have eaten them, so there’s still a pretty good market for that.”

As demand for hazelnuts grows, so does innovation as people continue to experiment with their versatility by creating products such as butter, flour, ice cream, and alcohol-flavored drinks. Hooge said that one of the biggest challenges they face as a company is determining who gets a share of the harvest and who doesn’t. “We’d like to sell to everyone but we can’t,” he lamented. 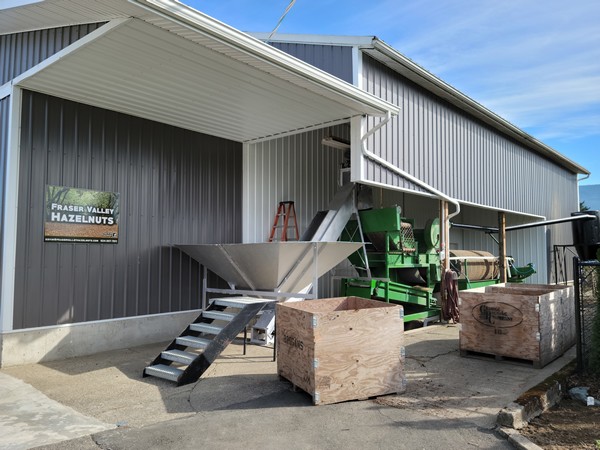