Juan Manuel Ruiz, President of the Broccoli and Cauliflower Sector at Proexport:

"With costs escalating, the outlook for the start of the broccoli season is anything but rosy"

The start of the 2021/2022 Spanish broccoli export season is just a few weeks away in the Region of Murcia, the country's main producer of this vegetable, while concern continues to grow among producers and exporters due to the increasing rise in production costs. The sector has already suffered a difficult year and the outlook for the new one is not promising. 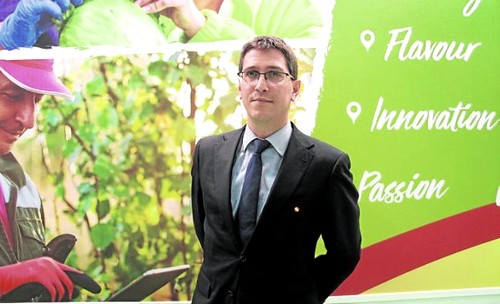 "The 2020/2021 broccoli season was complicated due to an erratic behavior of the demand, as well as weather issues that significantly affected the production cycles during several periods," says Juan Manuel Ruiz Soler, President of the Broccoli and Cauliflower Sector at Proexport. "We had a late and slow start, as the domestic seasons of the countries we supply were extended due to a benign climatology at destination, which did not encourage consumption until well into the year. Also, in the first quarter of the season the yields we had were particularly good, but the lack of consumption and really low prices weighed the companies' results down."

"Throughout the year we suffered the impact of abnormal and unseasonal weather conditions, both at origin, with the clear example of storm Filomena, and at destination, with unusually high temperatures at certain times of the year that had an impact on both production and demand," he says.

In terms of production, volumes are expected to be similar or even somewhat lower than last season. For the time being, the planting is being carried out normally and sticking to the established programs, according to the representative of the Broccoli and Cauliflower Sector of Proexport. 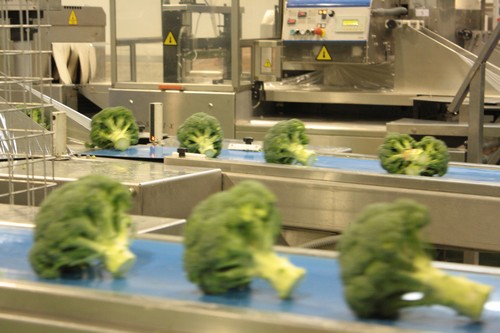 "Taking into account the results obtained by many producers last season due to the erratic behavior of both the demand and the production, as well as the very aggressive returns and the fact that an increase in production costs was already in sight, we believe there will be less free planting. In general, this type of productions already yielded catastrophic results and distorted the supply and prices of companies working with programs at certain times. Unfortunately, cost increases have been confirmed and reinforced over the months and the outlook for the beginning of the season is anything but rosy."

The significant cost escalation affects each and every one of the companies' production processes, including "the inputs for cultivation, energy, land rental prices, water, or the materials we use to pack our products. This, combined with the current conditions, is making the activity of the companies totally unfeasible and many of them are doomed to fail if we are not able to find solutions. Let's bear in mind that before the start of the campaign, we are already estimating an increase in costs of around 25%, with the aggravating factor that the rising trend of inputs continues with every week the passes," says Juan Manuel Ruiz.

"Both producers and customers must adapt to this new scenario, which is undoubtedly affecting the economy worldwide and all sectors. I sincerely believe that dialogue and sanity must prevail in order to jointly face these spectacular increases, given that producers lack both the resources and the capacity to face them on their own," he says.

"We are really concerned about this escalation of costs. We do not know how or when it will end and it makes it very difficult to have long-term plans. Faced with this situation, it is vital to activate commercial mechanisms, working hand in hand with our customers to find solutions. Failure to do so could entail the ruin of a large part of the sector, but also distortions and tensions in the supply. With the current conditions, the viability of many companies and thousands of jobs are threatened," says Juan Manuel Ruiz.

"We can no longer compare current cost and production structures with those of three or five years ago, no matter how much certain operators insist on doing so. Everything must be updated in a sensible, consensual way, and in accordance with the reality we are living today," he says. 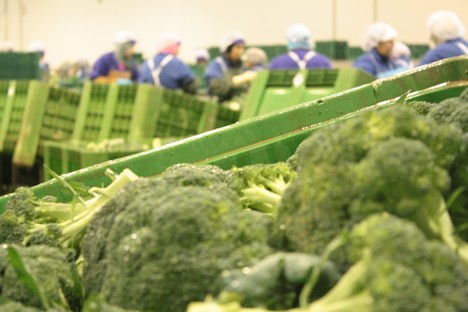 The shift from northern and central European to southern European productions is expected to happen in mid-October. "At this point, everything seems to indicate that we will have a smooth transition between seasons. However, we must keep an eye on the weather, because as we know, it could either bring the start of the season forward or delay it. If we had to endure a period like the last quarter of last year, it would be unbearable for the producing companies."

Murcia is a privileged region for broccoli production, with conditions that can hardly be matched elsewhere in Spain. "There are areas that have served as complements at certain times, but no one is oblivious to the new situation and we know that producers are switching to other crops which are more profitable or are better appreciated by their customers," says the president of the Broccoli and Cauliflower Sector at Proexport.

The Region of Murcia cultivates around 21,000 hectares of broccoli, with an estimated production of more than 300,000 tons. Of this, it exported almost 235,000 tons last season, which is almost 75% of the national total. To this figure we must add the production for the domestic market and the frozen industry.