Many farmers spend little time on orchard management this year because the purchase price of pears is so low, and as a result the pears are rather small. Some farmers considered the purchase price so low they did not even bother to harvest the pears. This season the export of Chinese pears to the Southeast Asian market began in July. 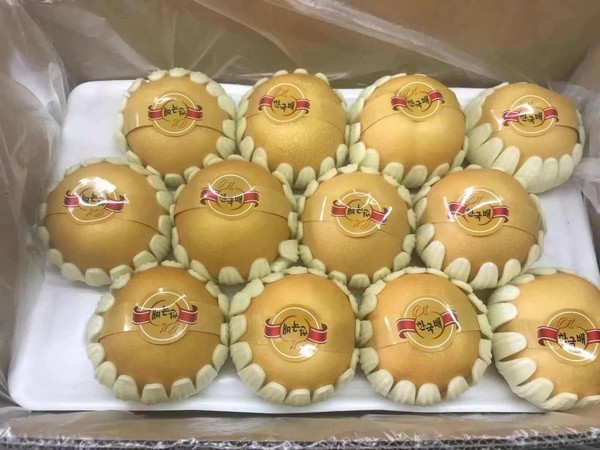 "The Covid-19 pandemic affected retail in overseas markets in the first half of the year, which is why the price was rather low. When new Ya pears entered the market, exporters began to worry about the pandemic conditions in overseas markets. They are extremely careful with their purchases this season. Traders normally compete to secure the best supply early in the season, but that is not the case this year."

Pear orchards in Hebei generally export their products via Qingdao or Xingang. "The ports in Qingdao and Tianjin stopped shipping to Southeast Asia for three weeks between the middle of July and early August. July and August are peak months for fresh pear purchase and shipping. Many pear traders from Hebei instead shipped their pears from Shenzhen in south China. However, domestic transport costs around 11,000-12,000 yuan [1,701-1,856 USD] per container. In addition, Shenzhen port struggled with the larger volume of trade and many containers were stuck in port warehouses. The cost of storage further added to the cost price of pear export. The cost price was extremely high for pear exporters in the first two months of this season. Their profit margin was very small and many exporters suffered financial losses," said Li Xixi of Hebei Xionghan Agricultural Products Co., Ltd. 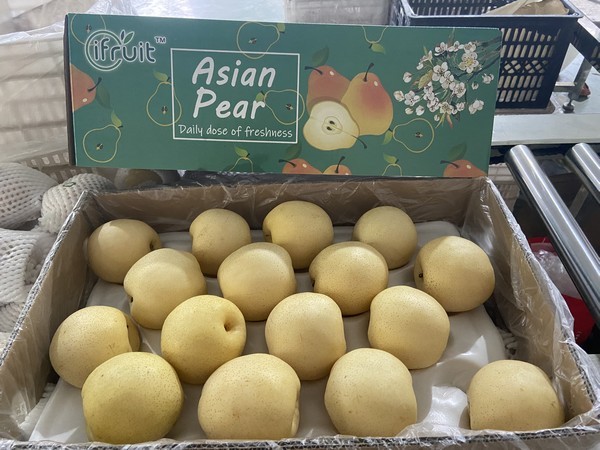 "Ports in Qingdao and Tianjin have now resumed shipping to Southeast Asia. Although cargo space is now easier to secure, the shipping cost is still much higher than in previous years. Short-distance shipping can cost as much as 2,000-2,500 USD per container, while longer routes to North and South America cost around 18,000-21,000 USD per container. The price of shipping to Europe is around 14,000 USD per container. The cost price of shipping is even higher than the economic value of the pears we ship. Only some high-end supermarket chains that pay less attention to price still import pears," explained Li Xixi.

"Some exporters are now considering to ship pears in containers without pallets, to cut the cost price. This means that offloading has to happen by hand, without the help of forklift trucks, but it also means that exporters can pack more pears per container. This method only works for a small number countries, though, as many countries have strict regulations that prevent micro-organisms and keep the shipping container and its content clean. These regulations prohibit contact between the cardboard boxes with fruit and the container itself. And there are many more complicated regulations to keep the containers clean."

Not only is the shipping cost high, the shipping schedules are unreliable. "Direct shipping routes from China to Europe used to take less than 30 days, but now the shipping companies indicate a shipping period of 36 days, which in reality often turns into 40 days. All the uncertainties that potentially extend the shipping period are also the reasons why shipping companies decide to raise their prices. And when the shipping price goes up, so does the cost price of export, which eats into the profit margin of exporters. Furthermore, the uncertainty of delivery times affects the order volume. Buyers are more hesitant to order. The traditional peak periods of international trade are Christmas and New Year, as well as Spring Festival in the Asian markets. The export volumes are huge around this time of the year, and I think the shipping cost will not come down until January or February next year."

In addition to imperial crown pears and Ya pears, Hebei Xionghan Agricultural Products also exports Qiuyue pears, Fengshui pears, and Huangjin pears. The prices of these high-end pear varieties are relatively high, around 3.5-5 yuan [0.46-0.77 USD] per 0.5 kg in production areas. These pears are mostly sold in high-end supermarkets and Asian supermarkets in North America. 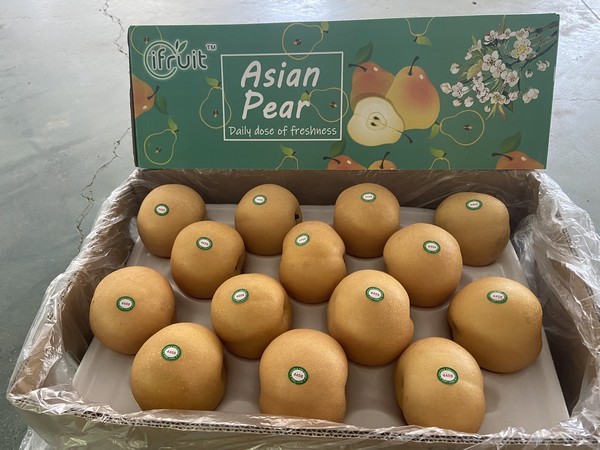 "Domestic pears have a thin fruit peel and they are very juicy. They easily bruise during transport and retail, which affects product quality. That is why we constantly improve our packaging products, and adjust our packaging methods based on the specific requirements of our customers. We favor small packages that protect the pears from bruising, which lowers the cost of product loss. Furthermore, we value the concepts of environmental protection and the reduction of plastic products, so we always work with our customers on the improvement of our packaging products. We hope to convince overseas buyers that our pears will be packaged and delivered with the utmost care for environmental protection."