Kiwiberry harvest over at Fruitteeltbedrijf B. Breman in the Netherlands

"We irrigated for 15 nights to ensure a good kiwiberry crop"

Bernard Breman has finished harvesting his kiwiberries. This year's good weather and rain ensured a good growing season. That was different last year. Then, this Dutch grower lost his entire crop to spring frost. "This year, we had to do quite a bit to keep the frost at bay. We irrigated for 15 nights in a row. But it paid off," he says. 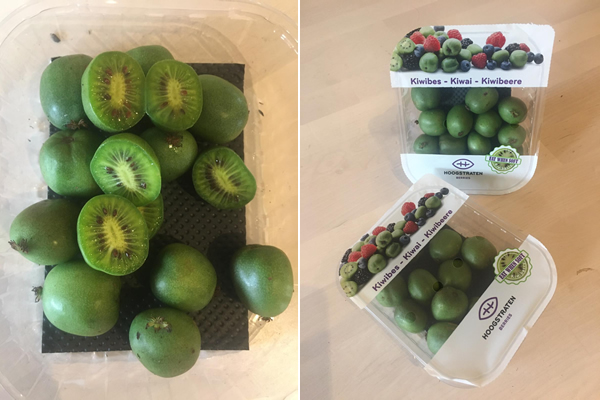 "Spring frost is a major threat to kiwiberry cultivation. The climate is becoming more extreme. And the frost is not worst in January and February anymore. But in April and May. Fortunately, we have good irrigation. However, last year strong winds accompanied the frost. You can't irrigate when there are such strong gusts. The water blows everywhere but in the right direction."

After last year's debacle, Bernard decided to halve his kiwiberry acreage. So, this year's crop is good. He says the number of Dutch and Belgian kiwiberry growers remains fairly stable. "And that's fine. Then this remains an exclusive product." 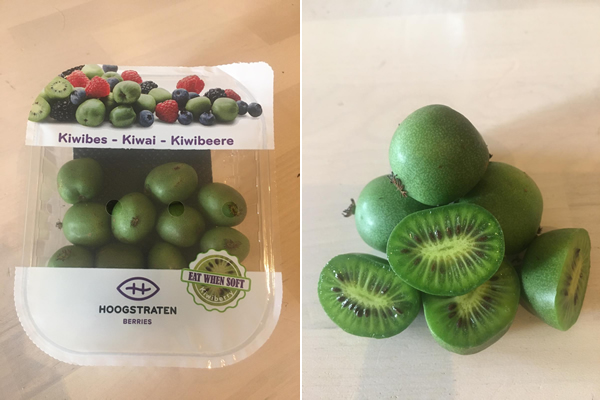 Bernard sells his kiwiberries via Coöperatie Hoogstraten. "Sales are going well. Supermarkets, and wholesalers, and exporters buy them. Prices are similar to other years. We do some regional marketing ourselves, for example to farm stores. That's going well too. Kiwiberries are generally becoming better-known."

"We still have the same varieties and packaging. The market readily accepts these. Post-harvest, you can keep this fruit refrigerated for about six weeks. But, you should be able to sell most within a month," he concludes.