Elisa Martínez, of Europlátano: "Many of our agricultural producers and workers have been evacuated".

The volcano of La Palma, which erupted this Sunday at 15.12, local time, in Montaña Rajada, in the forest area of Cabeza de Vaca in El Paso, has made it necessary to evacuate 5,000 people. As reported by Efe, the lava flow has an average height of six meters, has so far emitted between 6,000 and 9,000 tons of sulfur dioxide per day and is moving at 700 meters per hour, devastating everything in its path. 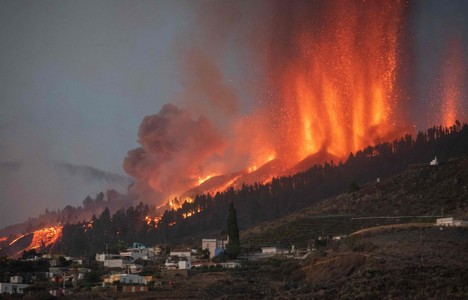 Lava and fire destroying everything in its path. Photo: El País.

So far, the volcano's eruption has not caused any personal casualties, but it is leaving a "desolate" situation in the area, as explained by the president of the Cabildo, Mariano Hernández Zapata. The lava is "literally swallowing houses, infrastructure and crops on its way to the coast of the valley of Aridane."

La Palma is the banana island par excellence of the Canary Islands. 50% of its GDP is generated by bananas, with more than 5,300 producers on the island and about 10,000 families depending directly on banana cultivation. The economy of the affected municipalities relies on this crop, which accounts for more than 30% of the population's employment, according to data from Asprocan, the Association of Banana Producer Organizations of the Canary Islands. 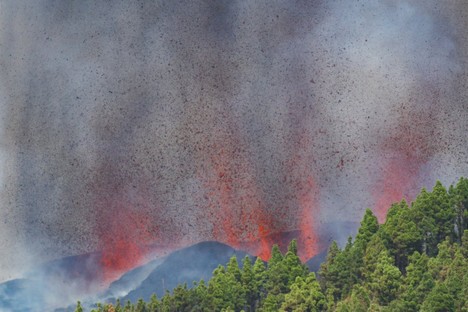 Based in the Aridane Valley, in La Palma, the company Europlátano, which has more than 700 farmer members and is specialized in the production, ripening and marketing of bananas and other tropical fruits, is being directly affected by the event, which has hit its main production area.

"It's been crazy," says Elisa Martínez, Europlátano's marketing manager, while watching the advancing lava flows with astonishment from her office. "Many of our workers and farming partners have been evacuated.". 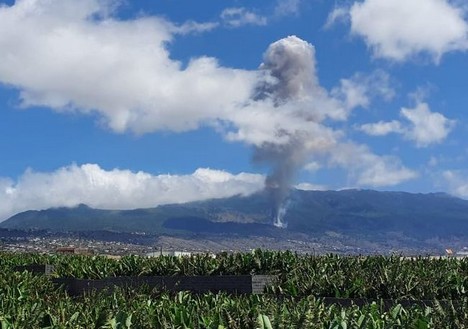 The eruption shortly after it started, as seen from Europlátano's office.

Although the extent of the damage is yet unknown, it is estimated that it will be considerable. "At the moment, we can't do anything but watch the lava flowing down, without knowing exactly where it will go. So far, the most affected area is the Aridane Valley, where our most important banana plantations are located and where the harvest was already underway. We have more producing areas on the island, such as El Remo, also very important in terms of banana production and which will also be hit by the lava soon," says Elisa Martínez.

Asprocan said that they are keeping a close eye on the changing situation, making also an appeal to caution. "It is still too early to make a damage assessment. What worries us at the moment is that in addition to the terrible loss of many houses, we have to think not just of the production directly affected by the lava, but also of that which has been left isolated and inaccessible, making it impossible to irrigate and care for the farms, which will mean the loss of all that production." 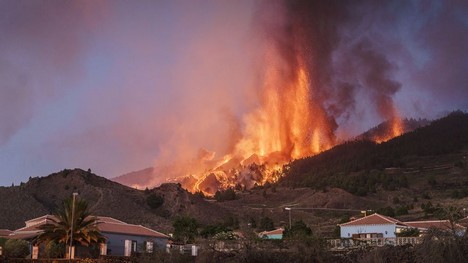 The Volcanic Emergency Plan of the Canary Islands (Pevolca) has raised the alert level to red in the municipalities of Tazacorte, El Paso, Fuencaliente, Mazo and Los Llanos de Aridane -with about 35,000 people affected in total-, and has made a series of recommendations. It calls the population and those who live in areas where ashes may fall to stay calm, to avoid going out of the house as far as possible to prevent injuries in the respiratory tract, eyes and open wounds, as well as irritation in the skin. The authorities also advise people to keep water tanks and cisterns covered, to try stopping ashes from making contact with food, to wash fruits and vegetables thoroughly, not to consume food outdoors, to clean bushes and plants and to shake the trees if possible.

According to the information that the administrations have received from the scientific agencies that are monitoring the volcano, the lava flow is expected to reach the sea off the coast of Tazacorte, possibly at Playa Nueva, in Los Guirres.