"We can speak to a million people, but are we being effective in the way that we are talking to them?"

Focusing on the quality of the message being sent to consumers and choosing the right channels are two main keys to connecting and ultimately driving sales of fruit and vegetable produce, according to one of Australia's largest independent media agencies.

Group Account Director at  Atomic 212°, Ashleigh Carter says that consumers have infinite choices so from a producers point of view it is important to understand what channels are going to deliver a quality message to consumers that ultimately make them want to buy that particular product, over others in the market.

"It's about understanding when and how to use specific channels to deliver the message we need to," she said. "We also need to consider dual consumption behaviours, so more and more people are on multiple channels at any given point in time, so (we consider) how we are connecting that message. We might be showing someone something on television, but how are we connecting that to what they are seeing in their social media platforms. Also, with fragmentation comes opportunity; so how are we testing and learning different channels that are emerging to see what is resonating with audiences and how we are reaching people in new environments, which we have been able to do across the horticulture portfolio recently with TikTok and Australian Bananas." 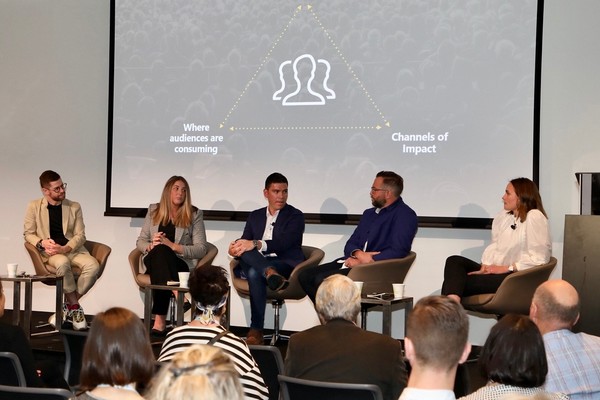 Traditionally, advertising was limited to mainstream media, such as radio, television and print (newspaper/magazine), but since the emergence of online media platforms, the way that sellers reach buyers has become more fragmented. Ms Carter stressed that it was important to bring their messages to life to make an impactful reach, adding it was important to understand how to connect the three dots between creative, impact and consumer behaviours.

"We can have an advertisement during a television show that is watched by two million people, but it does not mean that all of them are going to the shop tomorrow and buy that product," Ms Carter said. "When we are talking about reach and fragmentation, we need to understand impactful reach. At the end of the day, we can speak to the same amount of people with a television advertisement that we can with a digital banner on a website, but consumers will walk away with a very different perception. We can speak to a million people - but are we being effective in the way that we are talking to them? It's also not just about the creative message, but how we are spending time in the market as well and providing consistency from a brand perspective. I think it is not about having one message out in as many channels as possible, it is about how we are speaking to people in different environments."

Cori Hodge, director of independent market research company, Fiftyfive5 says that while effective brands need to tell a story, "great brands ground the story in a customer truth or tension," to ensure that the story being told actually relates to the lives of the audience.

"So, if you are talking about winning hearts and minds and getting people to have that trust, it is all about understanding what we are trying to do," he explained. "So, it's more than just a problem, but what are we trying to stand for, whether it is a fast-moving consumer goods (FMCG) brand, service brand or category brand, it elevates it to something more powerful."

He added that the real challenge with category branding is that FMCG brands or service brands can be targeted to who they are trying to reach, which is much more difficult when you are talking about entire fruit and vegetable categories.

"Lots of people buy mushrooms, and nearly everyone buys apples, so how do you prioritise? Especially with limited resources, you don't want to focus on everyone," Mr Hodge said. "Generally, we have a strategy, where we try and identify where the growth is going to come from. So, who is our heartland customers who we really want to talk to; whether that be families, age groups or attitudinal meaning groups who want to buy fresh produce or value health. For me, it's all about trying to understand and prioritise what is at the heart of who we want to talk to. A critical element of any marketing strategy is accountability, and understanding that with the money that you spend that every dollar counts and understand the return on investment. For example, with Australian Mushrooms, the previous campaign was around ease and convenience because we know the truth is that people thought it was difficult. We've seen as we measure quantitively that barrier has decreased, so we are winning that battle." 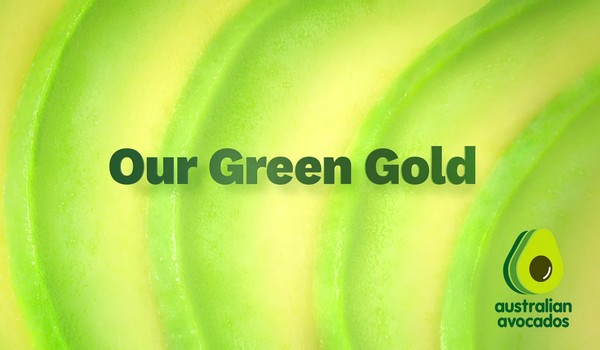 Evan Roberts, at advertising agency network TWBA Australia, noted that businesses need to have both short and long-term strategies so that brands are not chaotic so that they can deliver some consistency. He worked on the recent campaign from Avocados Australia 'Our Green Gold' brand campaign, centred around the colours the country uses to represent themselves, particularly on the sporting stage.

"Avocados are a part of Australian culture but hadn't been lifted to that level," he said. "So, it is about giving Australians pride in the fruit, and one day someone was just sitting in a room and matched the colours and we all thought, what a great message of pride that we can deliver. The current campaign is about how we are unofficially representing everything green and yellow in the country - which is quite a lot of things. To build on the idea that avocados can be on every plate, and as a part of our culture and something that we can all take pride in can be a message that can go across every single touchpoint over a long period of time."