California lemon growers are increasingly concerned over the volume of lemons being shipped to North America from Argentina.

In 2017, a 16-year import ban on Argentinian lemons was overturned under then-president Donald Trump. “Argentina had been barred for phytosanitary reasons. They have to ship per the phytosanitary restrictions so they’re supposed to ship fruit that’s only picked green,” says Jim Finch of Finch Farms.

However while the USDA anticipated that capacity would be capped at 1 million boxes of lemons from Argentina, a significant lemon growing country, what has actually arrived in the U.S. is much different. In the first half of 2021 for example, imports of Argentinian lemons have reached 4.2 million cartons. This is more than double 2020’s numbers, which totaled 1.8 million. 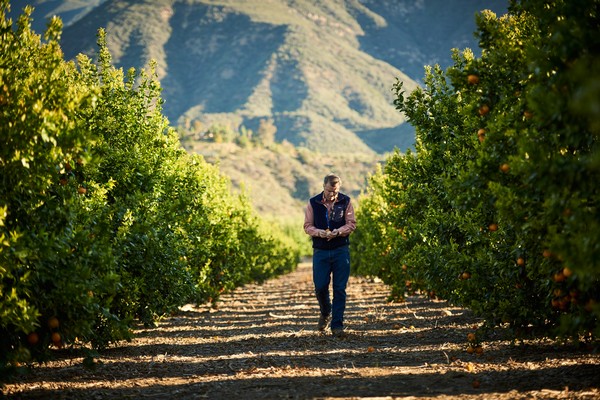 Jim Finch says the Argentinian lemon situation has "really slapped us in the face the last six to eight weeks."

Affecting market flow
“This has really slapped us in the face the last six to eight weeks,” says Finch. As he notes, California’s domestic lemon growers are divided into three regions: the Central Valley (D1), the Coastal Region (D2) and the Desert region (D3). “The San Joaquin Valley has increased its lemon volumes as well in the past few years so we have pressure on our own domestic supplies,” says Finch. “Now Argentina really hits our midway point. How we leave a market sets up the next region and the market has been very sloppy through a good part of August and in September. And it looks to stay that way as the desert region starts.”

This year, while Argentinian arrivals began in July, it’s the August-September time period that’s truly feeling the pressure of imports. “And given the amount in storage, it’s going to carry into a fall thing as well this year,” adds Finch.

Pricing differences
Of course, this has significantly affected pricing on California lemons, which according to some reports, are seeing a $10 price difference between Argentinian and California lemons. “They just have a very different cost structure versus what ours is. Their break even cost is far different,” says Finch.

This issue is rearing its head too at a time when California growers are contending with significant drought. “In most of the areas we grow in Ventura County, we had less than five inches of rain. Our normal level is 13-14 inches and some areas are 15 inches,” he says. “Our real trouble lies with our extremely dry winter and that did the trees no favor. So our volume is down because of that lack of rain in the winter.”

Along with the impacts on pricing and movement, concerns remain over phytosanitary standards. “We want to make sure they’re meeting their current phytosanitary restrictions and that bug transmission isn’t an issue. I’d love to see that issue revisited,” says Finch. “And if this all looks like a dumping issue, then we should take another look at it.”