The pandemic caught everyone off guard

Following the merger of Dole and Total Produce and the New York Stock Market listing of July 30th, 2021, the multination has become the leading player in the global fruit sector with a turnover of $10 billion. The Italian branch boasts a turnover of €180 million. FreshPlaza talked to Pierangelo Pettenon to understand how Covid-19 affected Dole fruit imports in Italy.

"The lockdown has had no particular effect on the main counterseasonal products as, in early 2020, the virus was still limited in the southern hemisphere. Citrus fruit from Argentina and South Africa, as well as pears from Chile, reached us without a problem. Actually, we started with the Egyptian citrus fruit campaign at least four months early, i.e. already in April, as the exceptional stockpiling during the European campaign had rapidly sold stocks out." 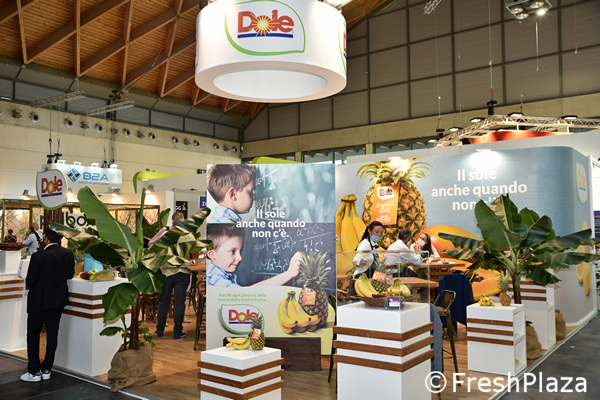 The Dole Italia stand at Macfrut

"Our flows of imported citrus and top fruit were therefore unaffected - quite the opposite, actually! Between February and March 2020, in fact, supermarket chains noticeably increased their orders to meet the numerous purchases, especially concerning citrus fruit."

"We felt the impact of the pandemic starting with the first few months of 2021, when the Indian grape campaign was hindered by the lack of labor caused by the rapid spreading of Covid-19. The banana and pineapple situation was however normal. Anyway, we are lucky we had no stock outs."

The other challenge was that caused by plant diseases, and mainly by the CBS-Citrus Black Spot. Pettenon reports that "the Argentinian plant health authority blocked lemon shipments for some time, then the situation improved, so much so that supply has been abundant lately. As for the T4 strain of the Panama Disease, we are devising and implementing preventive measures in all our farms in Central America to limit its potential spreading, e.g. we are strictly limiting visits to our crops. There are no supply problems though, also because, during he summer months, the consumption of oranges and bananas usually decreases. Actually, it was the overproduction in Colombia during the summer, combined with a slow green banana market in Northern Europe, that has caused stock problems." 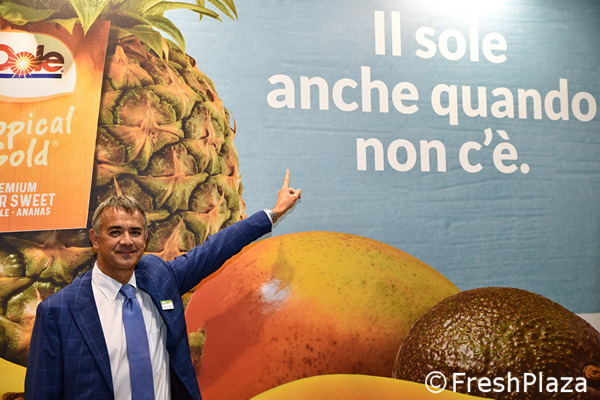 The most important commercial channels for Dole Italia are the big retail chains, the wholesale market (for yellow bananas), other operators-ripeners (for green bananas) and the H&R channel. The fruit arrives in the Italian ports of Livorno, Civitavecchia, La Spezia and Gioia Tauro. The demographic evolution in Italy, with the presence of many new migrant ethnicities, determined a diversification of the assortment. Just think that pomelos and plantains can now be found in almost all supermarkets. "Until a few years ago, it would have been unthinkable to find these products on sale. At the same time, the consumption of exotic fruits such as avocados and mangoes, as well as the berry segment, have grown exponentially. This has pushed the Italian production of these product categories, especially in the southern regions."

"The pandemic has definitely caught us off guard, and the worst effects have been those concerning the increase in the tariffs of cargo ships and in the price of raw materials. We cannot absorb these additional costs, which will have a considerable impact on fruit quotations in 2022, or even in late 2021. The real problem will be that of making retail and wholesale buyers understand that they are unavoidable."