“Challenges facing UK cucumber growers are more severe than ever before”

The UK Cucumber Growers Association (CGA) is sounding the alarm. The extreme rise in wholesale gas prices, combined with the lack of labor and transport available are only the three primary drivers for concern. “There are further cost increases across all consumables utilized. The challenges facing the current owners and managers are more severe than ever before,” says Joe Sheperdson, secretary of the CGA. In an open letter to their member's customers, he warns of food shortages if no corrective actions are taken. 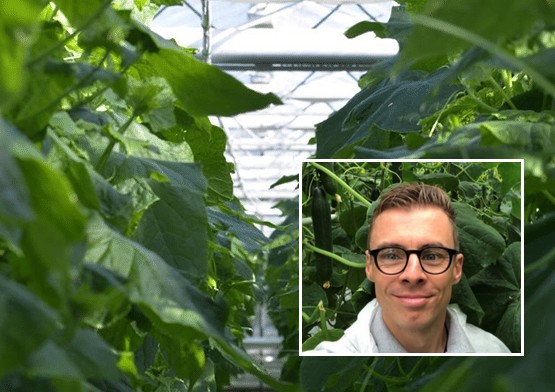 Time of crises
It’s an unprecedented step for the UK Cucumber Growers Association to contact their member's customers directly, but Joe Sheperdson explains it comes at a time of crisis for the industry. The organization represents the 17 biggest greenhouse cucumber growers in the UK and according to Joe, they are facing business-critical decisions over the coming winter as to the viability of continuing often longstanding family-run business in an industry spanning over 100 years.

There are three primary drivers of the concern, the first being the extreme rise in wholesale gas prices, which is used to heat the greenhouse crops and provide CO2. “Both critical factors in growing and achieving the yields required to survive in the modern industry. This area of our member's business typically accounts for up to 30% of operational costs and has seen a 300% increase from a pre-pandemic base level,” Joe explains.

Then there’s the labor availability, quality, and cost. “Following the combined impact of Brexit and pandemic restrictions, the industry is facing a level of shortages never seen before with members regularly reporting up to 40% of permanent roles remaining unfilled and
retention rates as low as 50%,” Joe says, adding that members are ‘managing’ the shortfalls through temporary labor and continuous recruitment although the situation becomes even more difficult as alternative industries are squeezed of labor and react to their own shortfalls.

“These industries can absorb some of the rises through reduced margins and/or increased prices to consumers. Being a fresh food business wholly reliant on the retail market within the UK to set retail values which in practice cap members maximum achievable sales value this is not achievable in our industry. As such, staff members are consistently moving to alternate industries. This area typically accounts for up to another 30% of the site costs.”

The third one is the transport availability, reliability, and costs. “Transport is an area more widely publicized due to its impact throughout the supply chain. The horticultural industry is no less impacted than other areas of the UK economy.”

Further cost increases
Although these are the three primary drivers for concern there are further cost increases across all consumables utilized within the sector from seed costs, plant raising, fertilizers, growth mediums, and plastics. “Many of these are driven by the primary drivers, some are also impractical application of bureaucracy following Brexit such as phytosanitary inspection requirements on importing plants and the damage this process can cause to said plants resulting in detrimental impacts to yield.”

In order to answer these challenges, the Cucumber Growers Association is asking the members of the British Retail Consortium to end the unsustainable pricing practices on UK produced goods and work with their direct suppliers to provide some respite on the corkscrew of ever-decreasing returns whilst looking to the government to form policies protecting food production business from spiraling energy costs and improved access to labor schemes such as SWP.

“When compared to arable production a UK greenhouse of any crop typically produces ten times the volume of edible food per square meter utilizing just 10% of the water whilst also offering the opportunity of employment at a rate of five times equivalent arable farms,” Joe explains. “Much has been made post-Brexit of UK business looking to export, with advice and support being provided. The opportunity within horticulture is to create import displacement and utilize the significant potential the industry has to support government targets in health and wellbeing, employment, energy production, water management, and environment management. Under the current trading circumstances instead of utilizing this resource in which the UK used to be world leaders we face a scenario whereby sites will become empty requiring increased food importation and a loss of thousands of associated jobs.”

Answering those expecting the market to be self-leveling and corrective ‘as it always does and that the artificially lowered retail values due to high street price wars are good for consumers as it maintains a lower cost of living, Joe says those are extremely short-term views with the long-term impact being reduced competition, further UK reliance on imports (a cause of the energy crises and early pandemic food shortages) and therefore increased cost of food to the end consumer.

“Whilst we write to highlight the situation of our UK growers the same challenges can be seen in our European counterparts and the wider industry who all face similar challenges, there is a very real possibility of food shortages in some areas early 2022 if no corrective actions are taken to support growers and farmers before the opportunity is lost.”