The value of horticultural production is forecast to rise by four per cent and reach a record $12.4 billion in 2021–22, according to new data released in the ABARES Agricultural Commodities Report for the September quarter.

The report found a key driver for the rise in value is that that fresh fruit and vegetables prices are expected to remain at high levels despite improved winter growing conditions boosting Queensland production and improved yield prospects over spring and summer in southern states. Another factor is the increased costs due to the COVID-19 pandemic, especially involving the shortage of labour across the harvest and the supply chain.

"The high costs of getting produce to market and elevated household demand are expected to affect consumer prices," the report stated. "A significant decrease in the number of working holidaymakers continues to contribute to farm costs of securing seasonal labour and to production losses. The wholesale and retail sectors have also experienced increased labour demand and rising overheads during the COVID-19 pandemic. Most retail fruit and vegetables are expected to be similarly priced compared to 2020–21. Ongoing labour shortages along the supply chain are expected to contribute to higher supply costs and largely offset price falls typically seen during times of favourable seasonal conditions." 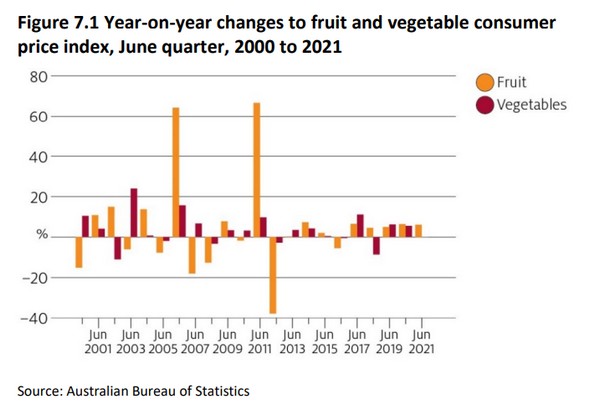 It also noted that while high production is forecast for most commodities because of improved seasonal conditions, crop losses are expected to occur in some industries because of labour shortages - but the losses are expected to be localised and small, compared to total production. It is more likely to occur in fruit industries where growers are less able to control their output and have made substantial longer-term orchard investments.

Data and analysis in the horticulture section of the report were compiled by Charley Xia, Fred Litchfield & Aruni Weragoda who found that growers are implementing measures to ensure harvest while controlling for costs, including increasing staff retention, lengthening the harvest season and changing work processes to increase output per hour.

"Vegetables that are more labour intensive to harvest, including broccoli and tomatoes, are reaching markets at prices previously seen in drought years," the report found. "These high prices reflect the additional effort and costs incurred by growers to secure seasonal labour needed to deliver produce to market. Favourable growing conditions in Queensland have benefited strawberry and mandarin production, but labour costs and demand affected by lockdowns have contributed to their prices. Winter supplies of blueberries have been reduced by flooding in northern New South Wales in early 2021. Prices of bananas have also been affected by significant damage to crops caused by ex-tropical cyclone Niran in March. Mangoes from the Northern Territory are beginning to reach markets at prices that reflect increased supply due to improved seasonal conditions and higher labour costs." 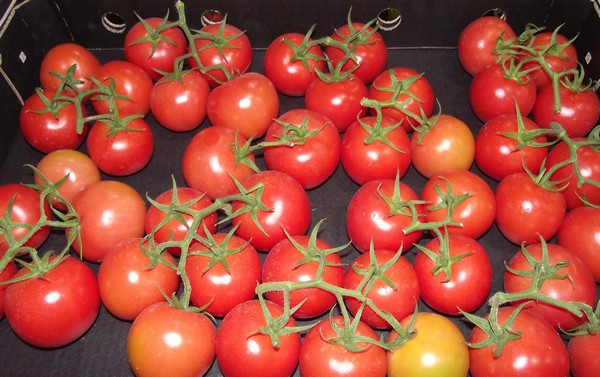 Overall, the report also showed that Australian agriculture is edging closer to the National Farmers' Federation-led goal of $100-billion by 2030 with the entire sector forecast to reach $73 billion in 2021-2022. This is up from $66 billion last financial year and President Fiona Simson says the good result was about more than good luck and rainfall.

"Today’s data puts a spring in farmers’ step and is confirmation that the sector is stronger and more prosperous than ever," she said. "Australian farmers are the most innovative in the world, committed to continuous improvement and to finding new ways to grow smarter, more efficiently and more sustainably. The NFF’s 2030 Roadmap outlines the plans needed to lift agriculture to a $100 billion industry. Progress on key areas within the plan has already been achieved. Last month, the Government answered NFF’s call for a dedicated Agriculture Visa as part of the solution to farmers' workforce woes. The NFF is working closely with the Government to establish a framework that rewards farmers for their role in managing more than 51 per cent of Australia’s landscape."

Another aspect of the report focused on farms and supply-chain participants adapting to labour availability and costs, which have become an increasing feature of horticultural markets in Australia during the pandemic. The ABARES Agricultural Commodities Report also noted the ability of large farms to adapt and respond to labour shortages has a much greater impact on aggregate production levels compared to the adaptation ability of small farms.