Canadian shallots started out in a welcoming market this season.

“We started in a very empty market. In a normal year you have maybe 11 months to ship product because there is still some of the old crop in storage until the end of August. This year at the end of July, most of the product grown in North America was gone,” said Bas Melissant of MEN’s Farming Inc. in Norwich, ON. “So the start of the new season looks alright for a good sales market.”

Melissant says supplies of shallots are steady from North American growers. Harvest began in the last week of July. Additional product is also coming in from France. 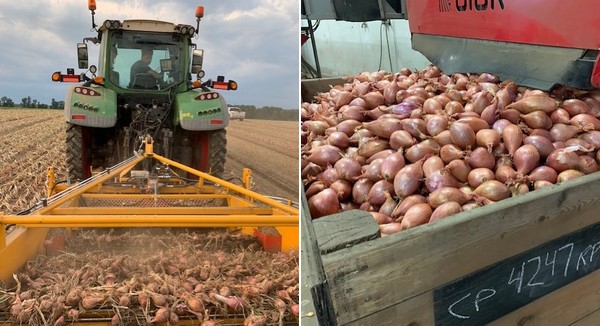 Left: Job Melissant during harvest; right: a box of shallots.

“Our harvest started a little later than in normal years. Some years we can start in the last week of July. But this year it was the second week of August. It was maybe because we had a rainy season and we had a little later crop,” says Melissant. He notes that in some of the growing areas in North America and Canada, there was severe heat and drought and most of the growers have less product available than in a normal season.

Drought, heat and yields
“The yields are definitely lower, so the sizing is also a little smaller than in normal years. They’re about 10-30 percent lower than in a normal year,” he says. “Some farmers have less than half a yield as their latest planted fields didn’t make enough leaves to produce bulbs. Some of these fields were not even worth harvesting.”

Meanwhile demand for shallots is also steady. “Prices were very high in the beginning of the season because there weren’t many suppliers. Now most suppliers have product available,” he says. At the same time while foodservice demand has returned to almost normal, full demand has been fully restored. 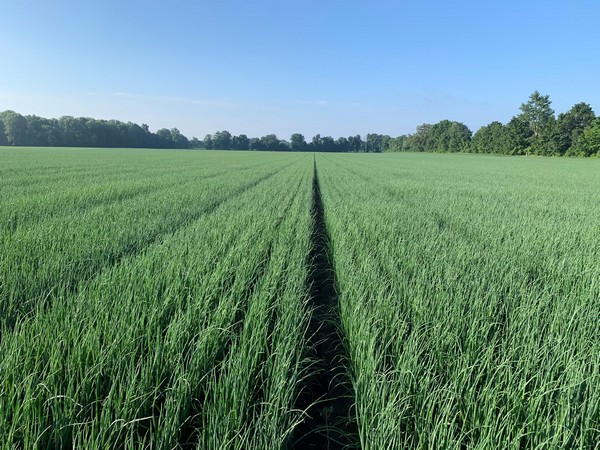 Melissant says harvest started a little later than in normal years. This year it started in the second week of August.

Of course this all means that pricing has been affected. “The prices are good. They are double of the normal prices,” adds Melissant.

He notes looking ahead that if there’s enough product available in North America, then customers tend to buy North American product. “There’s big demand in Europe as well. Though they expected high yields and it turns out the yields are just average there because of heavy mildew infection later in the season,” Melissant adds, noting this could affect how much European product makes it into North America.