Pears seem to be less affected

The Pacific Northwest is well into the harvest of early apple varieties like Gala and Honeycrisp and the pear season has just started. “The concern for the crops all throughout the summer months was the incredible heat the trees and fruit had to endure during June and July,” says Dan Davis with Starr Ranch Growers. “We saw many days of 100+°F.”

Heat caused sunburn and bitter pit
The concern was very valid, in particular for Gala and Honeycrisp. “We are seeing increased sunburn on the early apple varieties and as a result, production numbers are short of estimate,” Davis added. Apples with sunburn damage are either left on the trees or if accidentally picked, they will be thrown on the orchard floor. “With the cost increases and labor shortages we have been facing, it’s not viable to use them for the processing segment.”

As a result of sunburn damage, volume of the Gala crop is about 15-20 percent down from the initial estimate. This is Starr Ranch’s number, but Davis believes it is a pretty good cross sampling of the situation across the state. Although Honeycrisp isn’t seeing as much sunburn, the variety is affected more by bitter pit. “We are definitely picking out light on Honeycrisp as well and expect volumes to be down 10 percent versus the original total Washington estimate of 17.5 million standard boxes. We are hopeful the later varieties won’t be affected by heat issues as much.” 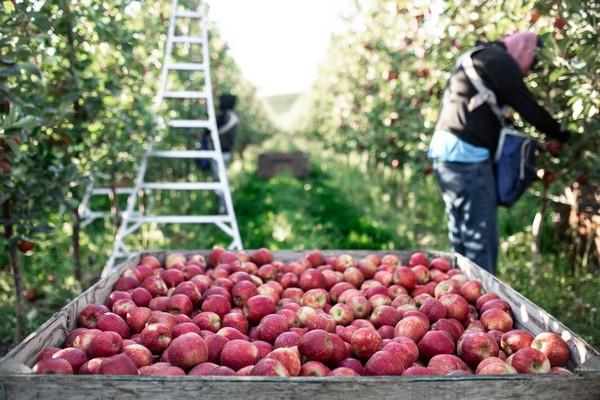 Storability may be affected
What will the implications of a lighter early apple crop be? Davis doesn’t think there will be an impact early in the season as Washington will pretty soon transition to the later varieties that represent the bulk of Washington apple production. However, there is a potential of a shortage later on in April, May, and beyond.

“The apples from our best blocks are normally stored year-round to provide our customers with 12 months of supply out of Washington. However, the heat of this summer has caused the question whether the apples have the storage ability like they have in a normal year. It may be difficult to stretch the crop out and as a result, we may see scarcity earlier on,” he said. 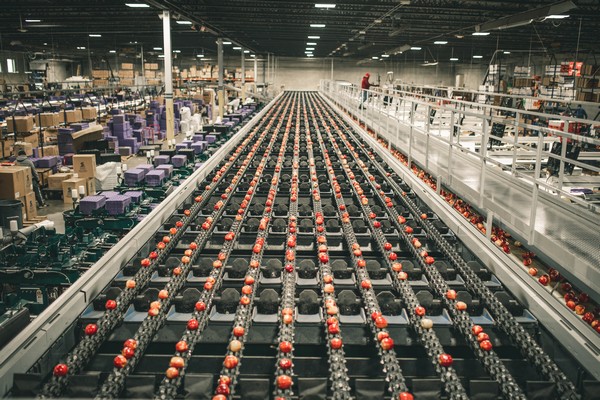 Better outlook for pears
It is now the tail-end of the California pear season and retailers are starting to switch to the Pacific Northwest crop. The season is just getting started and fortunately, seems to be less affected by the summer heat. Pears are being grown on bigger trees with older growing systems. They have more foliage that protects them from the sun.

“In addition, we grow our pears almost exclusively in the Hood River region and it didn’t get as hot there. As a result, we expect there won’t be much impact on quality and fruit size, and we are less concerned for storability,” Davis shared. With the focus on pears transitioning to the Pacific Northwest, momentum for Bartlett and Starkrimson varieties is starting to increase. 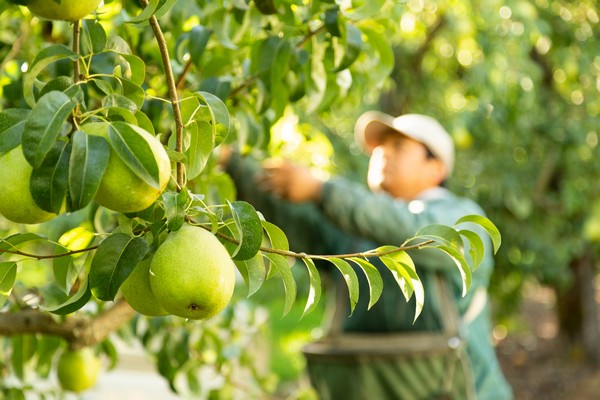 Shipping delays worse than ever
What does remain of concern are the transportation issues the industry is facing. “It has really slowed us. Typically, at the beginning of the season, we focus quite heavily on exports not to conflict with California.” However, exports this season are already a couple weeks behind. The first shipments are on the water now, but normally, they would have been on the water a few weeks ago. “I haven’t seen delays on this scale yet and unfortunately, I think this situation will persist for quite a while.” This time of year, Starr Ranch has a robust pear? program to Brazil, but it is an absolute trial. “I think we will eventually be able to ship to Brazil, but it will be largely delayed and a lower volume. Asia is an important destination for our later harvesting varieties, and we will very likely face issues with that program as well.”

Lack of labor is another point of fear, but Starr Ranch feels comfortable they have enough labor to get through harvest this year. “We’ve transitioned heavily to the H-2A foreign worker program as domestic workers don’t seem to be interested.” Although the pay for domestic workers is very good, (indexed of average wage rate with Washington being the highest in the nation), this group makes up a very small percentage of total labor.