In what has been a difficult blueberry season in the Western Cape’s Overberg region - a lot of rain, cold and even hail, very unusual for this region - the decision to install the first Elifab Berry Class packline in South Africa has been a highlight for an Overberg blueberry grower whose volumes have been growing exponentially in a long harvest window that stretches from mid-June until the end of November.

He and his packhouse manager (who has previous experience with other blueberry packlines, he notes) thoroughly did their homework before deciding on the Berry Class installation. It’s the best of its kind at the moment, he maintains, and he has high praise for the aftercare service they have been receiving from Rory Cole of Flowpack Systems, South African agent for Spanish fruit sorting packline developer Elifab.

“The packline's heartbeat is its Elifab Berry Class grading machine of which it is the first in the country,” says Rory. “The Berry Class is the fastest and most gentle grading machine on the market operating at 45 cups a second. Throughout the grading process, from infeed to exits, the drops are very low.” 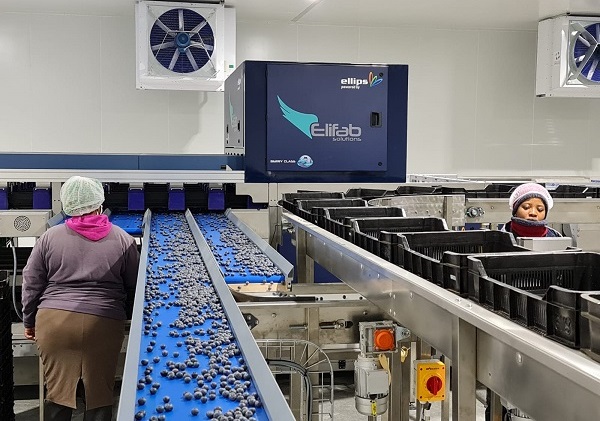 Depending on size, around 350 berries move across the line every second, with 30 photos taken of each berry according to which it is graded. Between 2 and 2.5 tonnes of berries can be sorted per hour.

“In an easy year you could perhaps get away without an optical sorter but in a difficult season like this, it helps a lot to maintain consistency of quality,” the grower remarks. “The berry moves along almost without any movement in its lane, and its bloom remains intact.” 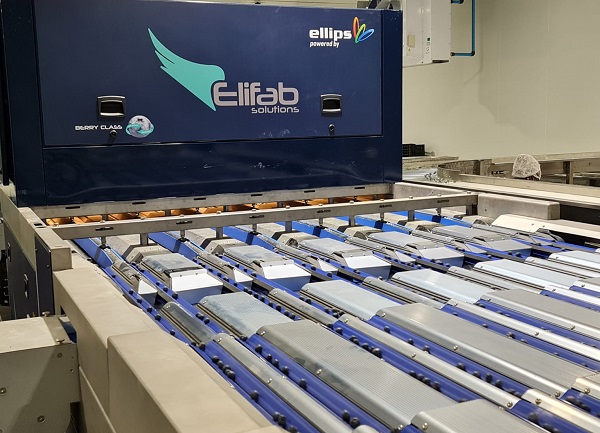 "I think this is the best machine on the market”
The packline plays a key role in berry quality and that aspect will become of primary importance for all commodities, he adds.

“The entire packline was a turnkey project involving the Elifab machine and to find a balance between automation and the utilization of labour as much as possible,” Rory explains. “We found a great balance with the valuable input and experience of their production manager. We actually designed and drew up the entire packhouse in about 9 hours over an online meeting.” 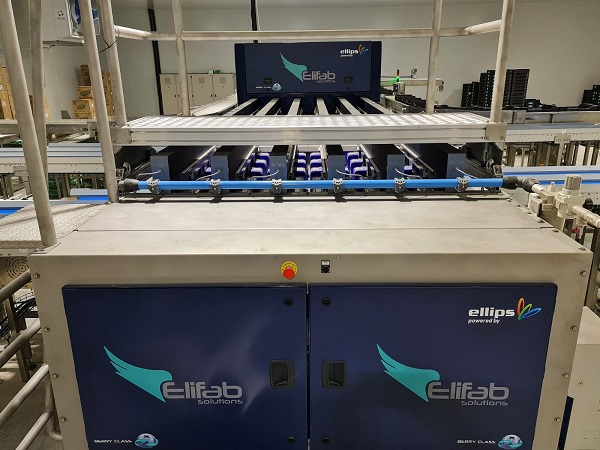 “Rory has been a stalwart in his aftersales support and his commitment,” adds the grower, who prefers to remain anonymous. “I really think this is the best machine on the market and I think it is going to make a big difference to the local blueberry industry.”