With the new sweet potato harvest beginning in August and running through November, Quail H. Farms in Livingston, California, is in the process of upgrading their storage facilities to better accommodate an anticipated yield increase. “Production volumes were between 25 and 30 tons to the acre, which is very good,” said sales manager Larelle Miller. “We have increased our overall acreage by fifteen to twenty percent, and most of that is in organic production. We will have good supplies available through 2022.”

Under the new modifications, the potatoes will be able to safely remain in storage for eight to ten months until the next harvest starts. Miller said that the summer’s intense heat wave didn’t have much effect on the crops as they developed, but that there was a significant impact on the storage crop during the months of July and August.

“We had a lot more dehydration which is why we’re taking a hard look at our current equipment in our storages and making the upgrades,” she added. “I believe we will have everything updated and completed by October or November of this year, so that going into next year’s summer months we’ll have a better cooling ability.” 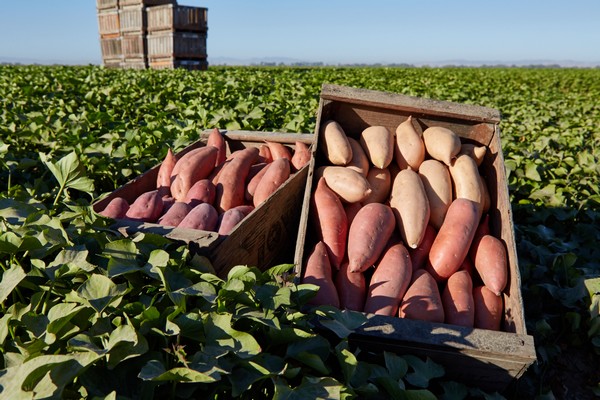 Increased organic acreage
The upgraded storage capacity is also corollary to the company’s decision to expand its organic production due to increased demand over conventional. “We have seen more demand for organics over the last five years,” she said. “Our current conventional/organic acreage breakdown is 65 percent conventional and 35 percent organic. We would eventually like to be 50-50.”

Further expansion could be taking place sooner rather than later. Miller explained that while demand for their product is increasing across North America, they recently shipped a few sample boxes to Bangkok, Thailand, and is confident that demand over there will continue to rise.

“We are always looking to increase our volumes so that we can better service our customers, and the best way to do that is increase production.”