In recent years, the grape sector has suffered some rather significant setbacks, starting in 2018 with the crisis regarding cracking and the consequent heavy loss of product, which in some cases exceeded 50% of the total of the medium-late campaign, i.e., that of Italian grapes.

The year 2019 was not any less, given the heavy commercial crisis in conjunction with a production quality that was certainly not excellent. In 2020, in the midst of the pandemic, despite satisfactory production and slow levels of growth, the losses of previous years were not compensated for, with consumption oriented towards stone fruits, which made all the difference for farmers, especially in the south of Italy. 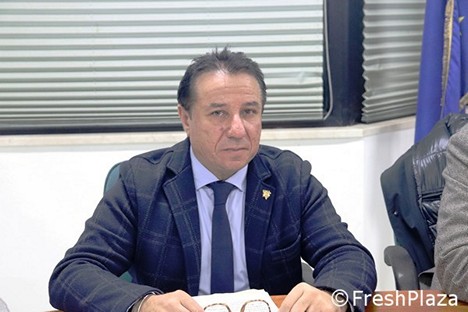 We delved into the dynamics of the sector with Gianni Raniolo, sales manager of the Opens Producers' Organisation, specialized in the production and international marketing of high-quality grapes.

"According to ISTAT data, investments in grapes are on average around more than 47,000 hectares, between 2016 and 2020, with a slightly rising trend in recent years. Year 2020 closed with nearly 47,500 hectares; a stable quantity compared to the 2019 season. On average, productions are a little more than 1 million tons per year, higher in the last three years while in the 2016-2017 period they were slightly lower and around 980 thousand tonnes. The year 2020 closed with around 1.04 million tonnes, 3% more than the 2019 campaign," said the expert, quoting data. 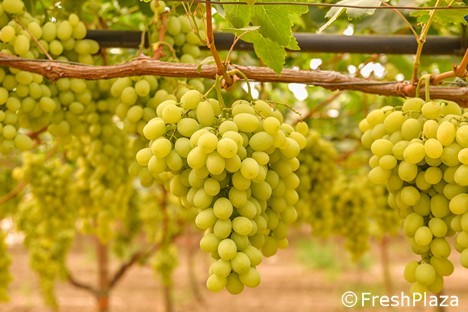 "Despite the concerns of operators, the sector is doing well, but we have to be prepared for the challenges of the future by starting with foreign competition that has anticipated Italy on seedless grapes. Around 46% of the total grape production is exported; on average, exports are around 460 thousand tons a year. In 2020, Italy sent 7% more grapes abroad than in 2019, which is a decline compared to previous years. In the three-year period 2016-2018, more than 470 thousand tons of grapes were exported; the highest export was in 2017 with about 490 thousand tons. This means that we still have a lot of cards to play, as long as we meet European and overseas consumer trends," pointed out Raniolo.

"This is why Op Opens focuses on the most demanding markets and why we boast the full range of international certifications. The association is made up of 23 members, for a total of 950 hectares of land, who confer their crops to the producer organization's warehouses in order to ensure maximum freshness. The quality is guaranteed by the GLOBALGAP, GRASP, IFS, BRC, Bio, BIOSUISS, Demeter, SPRING and PGI certifications, as well as by the highest production standards, storage conditions and transport of the products, in order to guarantee maximum safety for consumers, wherever they may be in the world. In the meantime, our seedless, organic and biodynamic product areas are growing,” concluded the manager.