Too early to predict how exports will look this year

Most of the onion planting is now complete in Australia, with the exception of Tasmania who are still planting, they are a bit later due to a wet winter.

“The new season harvest is about to start in Queensland and South Australia will start their harvest in December. There have been no major weather issues and the crop is looking good so far,” according to Lechelle Earl, CEO of Onions Australia.

Australia can supply onions year-round from ambient storage, although there maybe a month towards the end of the season when onion supplies start to dwindle as cold stored onion stocks deplete. 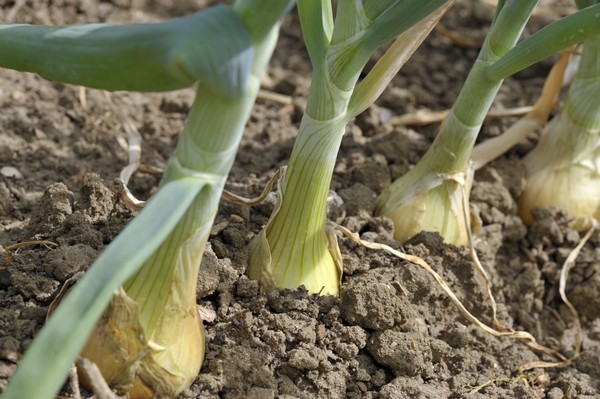 “This last season has been very good in terms of quality and volumes and we are expecting the same volume of around 250,000 tonnes for coming harvest. The onion supply in Australia is very stable with year-on-year volume of between 220,000 and 250,000 tonnes.”

“At the moment prices are slightly higher in the retail sector because it is the end of the season. The lock downs in Victoria and New South Wales which has seen the hospitality sector close, did have an impact, but at the same time people are cooking more at home and retail sales have increased. What was interesting was that bigger sizes which would normally go to the hospitality sector were directed to the retailers and were popular with consumers.”

Lechelle says it is too early to predict how the exports will look this year as the Covid situation is very fluid, but she confident things will pick up as the world re-opens.

“It seems likely that export costs will be higher due to the change in freight availability from pre-Covid and we already have high input and labour costs here in Australia compared to other countries, but we are known for our high quality clean green produce so it will be interesting to see how it plays out.”

Labour remains in short supply in Australia and will be more of a challenge in the states which harvest onions by hand. In Queensland the onions have softer skins and are mostly harvested by hand, but in other states it is done mechanically.

“As we go forward there may well be a push to mechanise to reduce the reliance on labour.”

“The extreme shortage of seasonal workers, such as backpackers, due to both international and state borders being closed has placed strain on growers across all crops who are trying to get their crop out of the ground or off the trees.”