Following Tuesday night’s earthquake in southwest Mexico--but that reached as far as Mexico City--so far it seems as though the effects on Mexico's agriculture industry are minimal, if any.

According to reports, the 7.0 earthquake hit 11 miles northeast of Acapulco.

However, hours away in a packing house near Jalisco, MX, one avocado packer definitely felt the effects of the earthquake.

Avocados Aguirre SA de CV is currently packing avocados to ship to Europe, largely France and the Netherlands at this time, and had a packing house full of 80 employees around the time the earthquake hit on Tuesday night. “We had to evacuate because it was so intense. Our director and some people on our production team said the sorting machine started moving and the floor was moving too because it was so strong,” says Juan Escorcia of Avocados Aguirre. 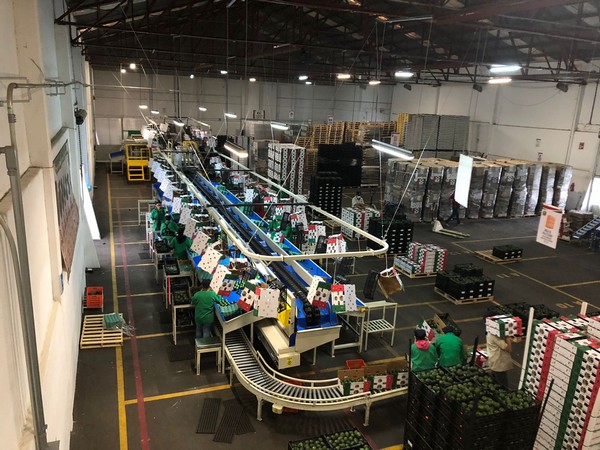 Eighty people had to be evacuated out of Avocados Aguirre's packing house following Tuesday evening's 7.0 earthquake in Mexico.

Shutting down for the night
In turn, the evacuation went through and no employees looked to be injured and were subsequently sent home for the evening. “We decided to send them home because we didn’t know if there was any damage by just looking at the building. The local authorities came out to do an inspection,” says Escorcia. “And while the earthquake felt really strong, it seems the foundation of the building and the equipment was even stronger.” Employees were cleared to return to the facility on Wednesday.

The fact that the crew made it out injury free is also a tip of the hat to certifications Avocados Aguirre has such as SMETA, a social certification required to ship to European markets. “So if there’s an evacuation, teams have to be created and there are all sorts of different procedures we’d been practicing. Our crews are trained on that on a regular basis and thankfully now, there weren’t any major consequences,” Escorcia says.

When it comes to the crops themselves growing in Mexico, Escorcia and other shippers note there’s no word yet that agricultural crops have been affected by the event.