Agricultural engineer couple Heike Mager and Andreas Mager took over the existing fruit and vegetable farm of the Alef family in 1980s. In 2014, Christiane and Benedikt Mager joined the family business as future managing directors. Dr. Andreas Mager, who is also a board member of the Fördergemeinschaft Ökologischer Obstbau e.V. (FÖKO), talked to us about the late harvests and the prospects for the coming apple and pear season. 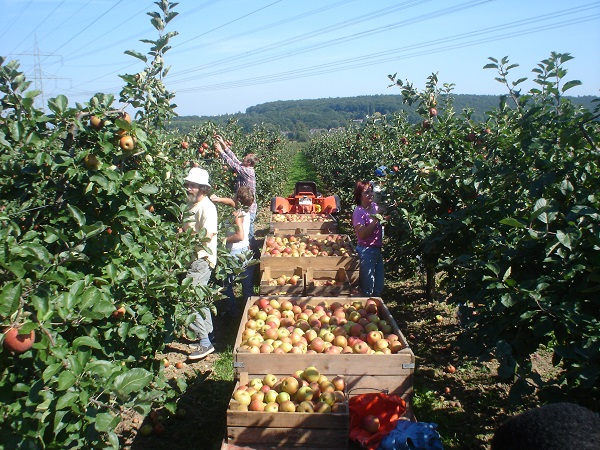 Organic fruit production within the European framework
"With an annual increase of about 5%, the share of organic farms in Germany has definitely increased," Mager said. However, he said, South Tyrol leads the way within the European framework. "For economic reasons, countries like Italy and Spain have also converted their cultivation to organic. However, there is also more pressure from southern European countries for the local market, as they produce more than they can market in their respective countries." In Germany, he said, the supply/demand balance is nevertheless relatively balanced.

Looking back at the past season
"Our region had a difficult year. While initially the cold had to be dealt with, the wetness and, last but not least, the floods were added to the mix." Overall, there was a delay of two to three weeks for all fruits. "First the cherries were late, then the mirabelles, and finally the table grapes, which were not sweet enough even after three weeks."

Predictions for the coming apple season
Occasionally, farms also had to contend with fungal infestations. Still, Mager says there will be a satisfactory harvest, from both organic and conventional production. "For apples, however, I think there will be 10-20% less yield. The yield losses here are more due to the lack of fruit sizes and less due to the number of apples. Last year the apples were between 75-80mm, this year between 67-72mm." Currently, the farm is marketing Freya, Elstar, and Santana varieties, with the season for fall varieties beginning gradually. Towards the second weekend of September, the season for Gala apples will then begin. 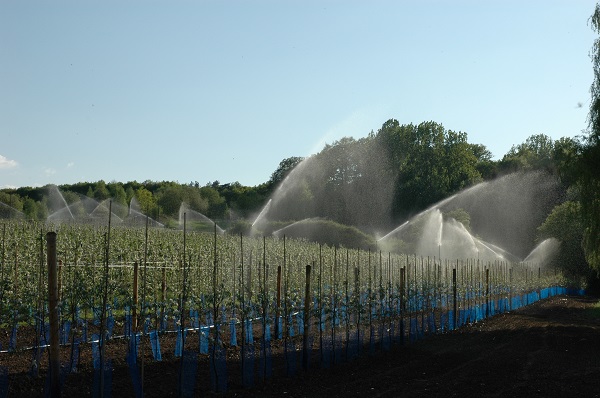 European pear failure
Due to poor blossoming weather, about 40% of the pear crop is failing across Europe this year. In Germany, a yield of about 70-80% is expected. "The volume loss could be compensated by the fruit size of the pears. In addition, we can assume good qualities."

European organic fruit forum and marketing
"We have a stake in RheinBioFrucht Ltd, which in turn also belongs to the Krings Group. Through RheinBioFrucht, we can then market our produce further to food retailers. However, we are also active as self-marketers and supply small stores, the natural food trade and also operate our own farm store," says Mager, who is also a member of the European Organic Fruit Forum and a trustee on the expert board of trustees, among other things.

Comparison with Lake Constance and the Altes Land
According to Mager, the favorable location is also advantageous for Naturhof Wolfsberg: "We have about 15 million inhabitants in the surrounding area. Unlike some fruit growers on Lake Constance or in the Altes Land, our area lies not too far from the market. Especially since some fruit growers from the Lake Constance region simply lack the opportunity to market themselves." On average, farms in areas close to the market, such as the Rhineland, can offer their goods for 10-20 cents more because transportation costs are not as high due to regionality. 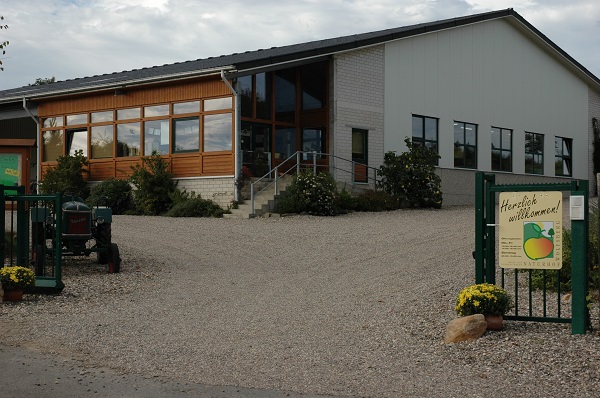 Also, the Rhineland was not as prone to hail as Lake Constance and had a milder climate than the Altes Land. Mager: "We have a fairly balanced climate. We pome fruit growers were generally not as hard hit by the floods on the Ahr and in the Rhineland as the soft fruit and vegetable growers."