The new revolutionary method to manage almond trees, now a successful model especially in Italy and Spain, is being tested also on pistachio groves (as well as on other fruit species). The agronomist Vito Vitelli, back from a visit in some Spanish areas, explained the results.

"Given the successful outcome obtained in recent years on the almond tree, we decided to try to adopt some elements of the Zaragoza system also on pistachio trees. These trials were carried out not only in the northeastern Spanish region of Aragon, but also in the south of the Iberian Peninsula, in Andalusia. The results obtained so far are encouraging". 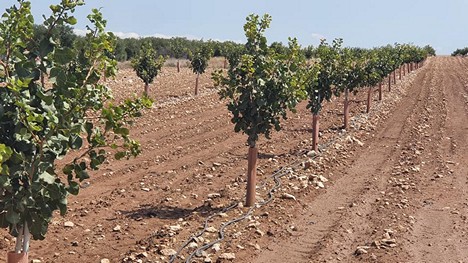 "The advantages are many, including the anticipated production start (as early as the third year after transplanting compared to 7-8 years of the traditional method); increased planting density and therefore higher available yields; easier tree management, thanks to the first and fundamental plant setting operations, followed by the management of vigorous branches after two years after transplanting. In this way we will have a trunk with a height of about 75-85 cm and a bushy-cylindrical foliage with a maximum height of 2,50/80 m. The planting density varies from 400 to 450 plants/hectare". 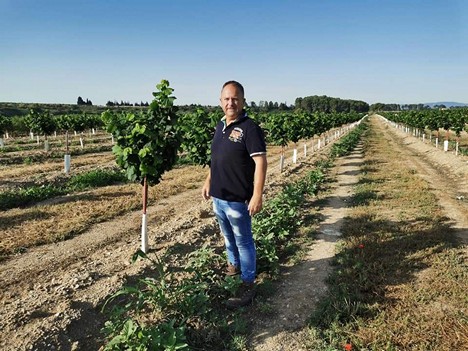 "Pruning techniques must be complemented by the classic and effective operations of defense and balanced nutrition, starting from the early stages of growth". 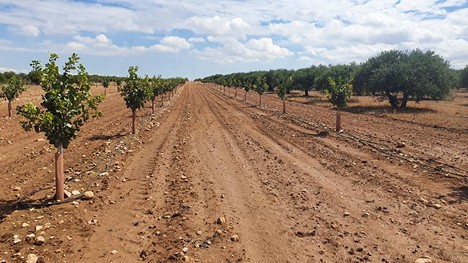 "For the moment, the very first attempts to introduce pistachio groves with Zaragoza elements in Italy are only in the provinces of Matera and Agrigento, but this new management method, among other ones being extended also on hazelnut trees, could bring together many producers, interested in crop diversification and, in particular, in nuts".