Green kiwifruit quantities are still diminishing, while volumes in Europe seem to be more stable. A few trends have been noticeable, now that the fall season is on its way.

"The production of green kiwifruit is diminishing in Italy - there could be a 10% drop compared to 2020, which was not a good year to start with. This year, heavy losses have been registered in Piedmont, Veneto and Friuli mainly due to the frost in spring. The situation seems better in Romagna, while Lazio has been affected by vine decline," reports a leading operator from northern Italy. 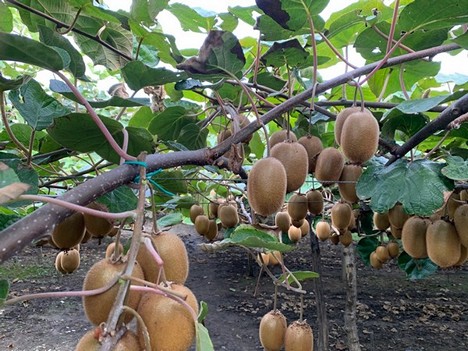 Five years ago, Italy reached the record production of 600thousand tons of kiwifruit, while 2021 will probably see 250thousand tons, i.e. a 60% loss. "But, in the rest of the northern hemisphere, yields are very different. Greece is proceeding with its sprint and production seems to be increasing. Another nation that is far too overlooked, also because it is not easy to understand what is happening there, is Iran. Those who have been there, talk about considerable orchards with increasing productions."

As for golden kiwifruit, quantities seem to be increasing in Italy due to new orchards. "Yields are constant as all orchards feature protection and anti-frost nets. We are talking about around 80thousand tons."

"The saddest aspect is that, until a few years ago, Italy was a leading producer accounting for 90% of the total of the northern hemisphere. We did not manage to make the most of this situation and now we only produce 40%."