Biological crops fit in with the latest environmental and health standards

"The new organic line of sauces and pesto that we presented at Cibus 2021 received great interest from the visitors, especially from foreign buyers. I think this is due to the growing awareness of consumers for environmental issues and current health trends. These are two factors that strongly attract consumers to this market segment," said Paolo Licata, who, together with his wife Flavia Fadda, owns the Sicilian company Campo d'Oro. 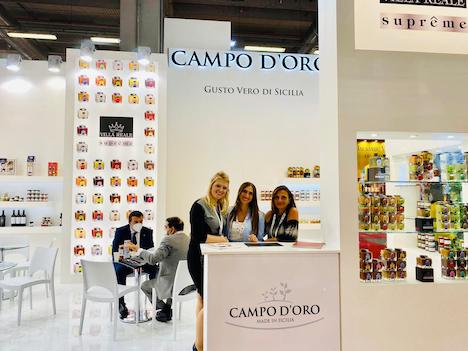 Villa Reale and Villa Reale Suprême represent the two premium lines of the brand. They are a kind of gourmet products, starting with the packaging and the design of the jars, which are made from glass. The ingredients are all natural, some selected from the Sicilian Slow Food association such as Giarratana onion, Nubia garlic and Noto almonds. 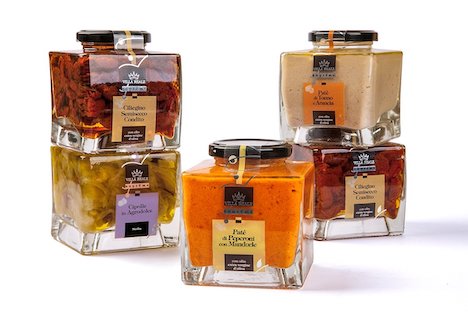 Craftsmanship is combined with modern technology. For example, a hermetically sealed container is used in the preparation of the jam to keep the temperature low and to preserve the healthy properties of the ingredients. 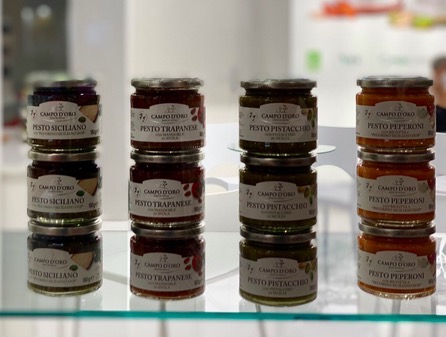 The new Bio line from Campo D'Oro presented in Parma is enriched with three ready-to-use soups made of legumes and cereals, aromatized with wild fennel; three sauces and two pestos of basil, arrabbiata and puttanesca; vegan green pesto (basil, almond and extra virgin olive oil) and vegan red pesto with basil and dehydrated tomatoes. The ingredients are 100% Sicilian and organically grown. 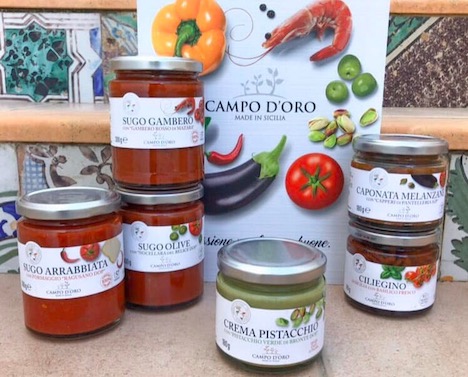 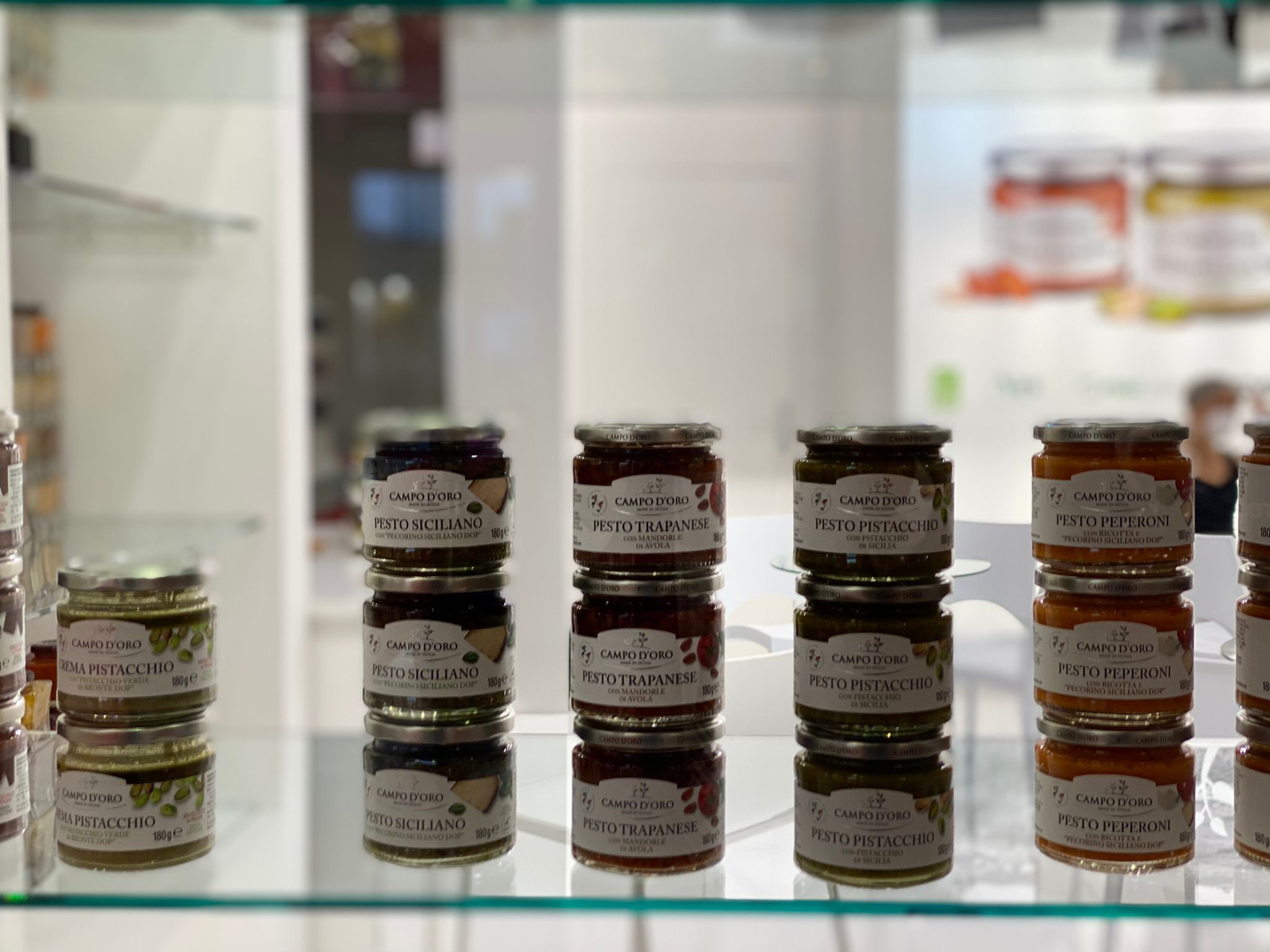 "Quantities have increased over the years, with other crops planted to reflect Sicily's cultivations. Many local growers are involved in the process."

The preserves are distributed throughout Italy in the best gourmet shops, delis and supermarkets. In the United States, the brand has increased its quantities in the food retail segment, thanks in part to a sales network that relies on two strategic offices, one in the United States (in Chicago) and another that will soon open in Britain. The company is certified with Iso 9001, 22000, 22005, Brc Food, Ifs Food and Bio Organic. 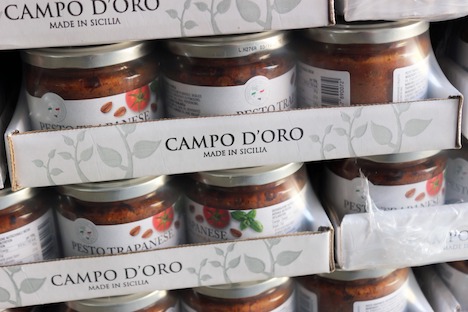 "Now that the pandemic is over, Italy is climbing out of the doldrums. Cibus is doing particularly well. We have welcomed more visitors than expected. Mainly from the United States, Finland, Brazil, Peru and Europe, especially Germany. One of the driving forces behind the growth is undoubtedly the emphasis on the quality of the raw materials and offering healthy products that have been produced in a sustainable way. We have been focusing on these aspects for the past three years, growing our own produce on 100 hectares between Montevago and Castelvetrano. Combining the two areas allowed us to close the supply chain and obtain high quality raw materials. The quantities have increased over the years, which is why we involve local growers in the supply of fresh produce," concluded Paolo Licata.