Widespread freezing temperatures in late fall of 2020 resulted in frost damage to walnut orchards across the state. Growers reported the frost damage delayed leaf out and reduced nut set in affected orchards. Additionally, because of the state’s drought conditions, orchards experienced a higher degree of freeze injury. Walnut growers throughout the state struggled with drought conditions and water availability, as most of the state is in a drought emergency. Chilling hours were up from last year. 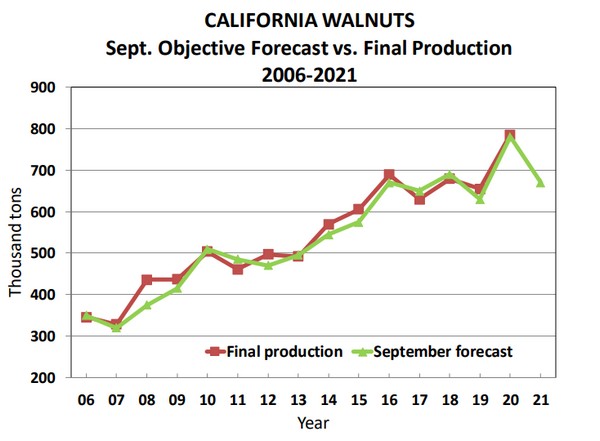