Titan Farms and Harris Teeter come together in their seventh year to donate peaches to Second Harvest Food Banks in Raleigh and Charlotte (NC). Over the past seven years, Titan Farms and Harris Teeter have donated to the Peaches with a Purpose program. The sum of this year’s donation equated to 37,800 pounds of peaches and was especially impactful to these communities. 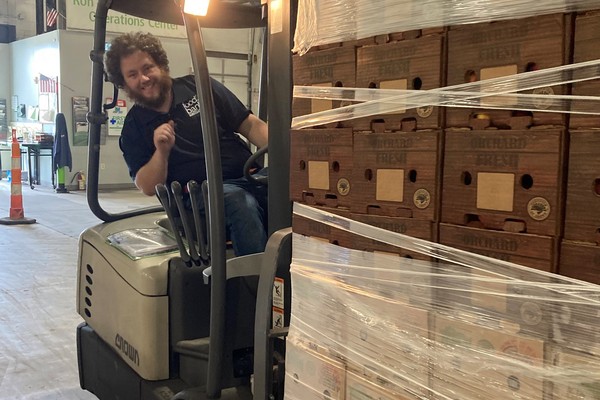 This is the seventh year Titan Farms and Harris Teeter have partnered in the fight to aid hunger.

“Seven years ago, we never would have imagined the impact Peaches with a Purpose could have on these communities,” says Lori Anne Carr, vice-president/administrative manager of Titan Farms. “Giving back and supporting local communities has always been important to us, and we are grateful we have been able to partner with Harris Teeter to help the food impoverished for so many years in a row.”

Titan Farms, a peach grower on the east coast, partnered with North Carolina-based retailer Harris Teeter to create Peaches with a Purpose to help feed the underserved while bringing attention to the problem of food insecurity in the United States. This is the seventh year these two companies have partnered in the fight to combat hunger. 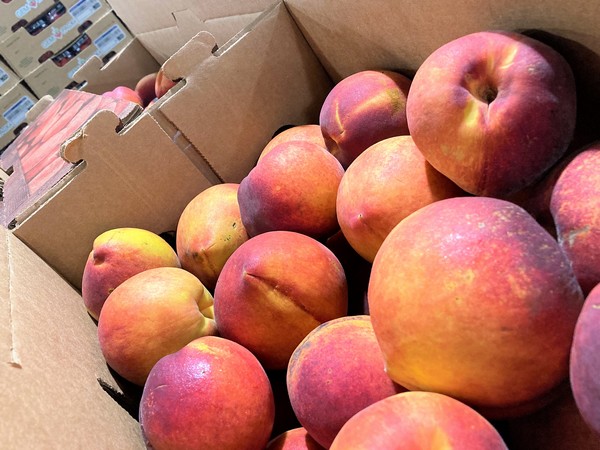 This year's donation equated to 37,800 pounds of peaches.

“Our partnership with Titan Farms has changed lives for the better and is a perfect example of what can be accomplished when companies come together for a common cause,” says Danna Robinson, communication manager of Harris Teeter.