Ava-Asaja warned that the storm that hit the Region of Valencia, which brought torrential rains, lightning and strong wind gusts, has caused localized damage to the agricultural sector, especially in the Castellon region of Baix Maestrat and in the northern part of the term of Vinaròs, bordering Alcanar, and to a lesser extent in inland areas of Valencia. In other areas, the rains have generally been beneficial, contributing to increase the size of the productions yet to be harvested, clean the trees, save on irrigation and refill the aquifers. 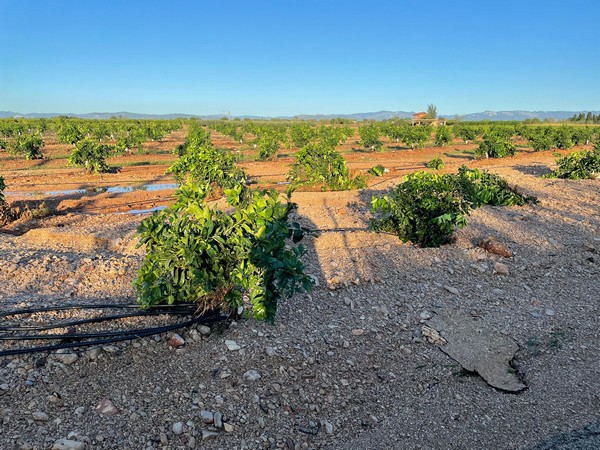 Ava-Vinaròs associates report some severe losses, mainly of citrus and seasonal vegetables, both in the form of losses of up to 100% of the harvest and even in the uprooting of young trees. In the case of fields flooded by water, producers will have to deal with additional costs to save their productions due to the need for fungicide treatments. Part of the affected area, which could exceed 2,000 hectares, according to an initial assessment, had already been hit by a hail storm back in early August.

Ava-Asaja also warns of severe damage to agricultural infrastructure (rural roads, walls, ditches, warehouses, etc.), breakage of pipes and drip irrigation rubber, as well as the loss of machinery and agricultural implements (tractors, buckets, sprayers, etc.). According to the Professional Association of Flowers, Plants and Horticultural Technology of the Region of Valencia (ASFPLANT), an entity associated to Ava-Asaja, the rains have not had a significant impact on nurseries in this area, which are mostly devoted to the production and marketing of citrus seedlings. 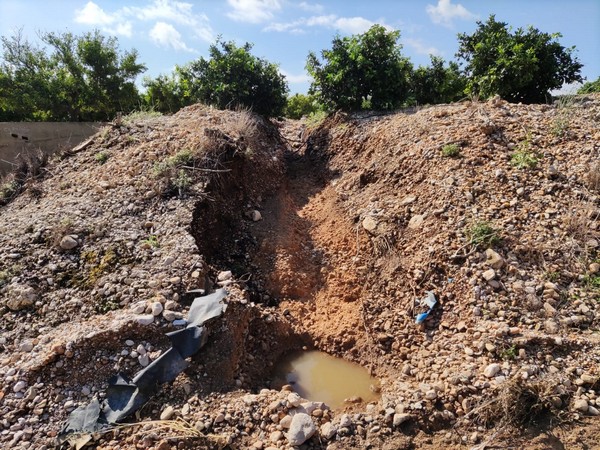 In the neighboring municipality of Benicarló, the association reports damages to grapes at a time when the harvest was imminent, and fears possible negative consequences for the lands growing artichokes for the next season due to the abundant rains recorded in recent months.

Ava-Asaja reports more agricultural losses, although of lesser importance, in inland areas of the Region of Valencia, with the most remarkable damage reported in the municipality of Pedralba. The agrarian organization reports that the hailstone recorded in the afternoon of last Monday caused damage to persimmon, citrus fruits, pomegranates and vegetables in the counties of La Ribera Alta (Càrcer, Manuel, Castelló, L'Ènova, etc.), L'Horta (Torrent, Picanya, etc.) and Camp de Túria.

Therefore, the agrarian organization is asking the administrations to implement direct aid and tax relief measures to alleviate the impact of the losses of the producers affected by these climatic adversities.