Pomegranate season in India was challenging, but next harvest looks promising

The Indian pomegranate season has come to an end. The season wasn’t the greatest, as there were pre-monsoon rains, which along with other conditions resulted in smaller sizes. To protect the crops, pesticides had to be used, which reduced overall quantity of residue free pomegranates as well. 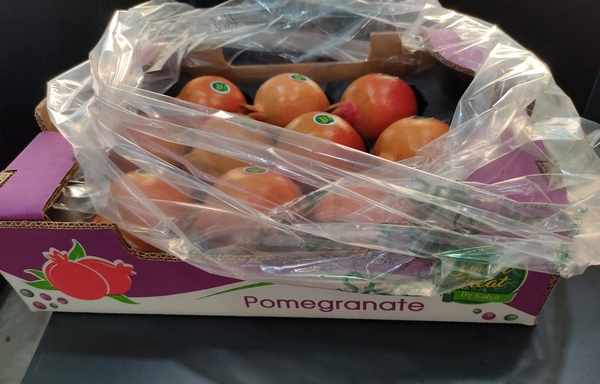 Overall it’s not been the best few months for the past Indian pomegranate season. According to Amit Kalya, managing director of Kalya Exports, the weather played a role in the lesser success: “The pomegranate season In India is over now. It started rather slow, was pretty normal overall but not the best one. We had to deal with pre-monsoon rains, which affected the fruit. Also, the weather condition was not favorable, so the proper size could not be developed in the fruits. The smaller fruit size, lower residue-free fruit availability were the main challenges we faced during the season.” 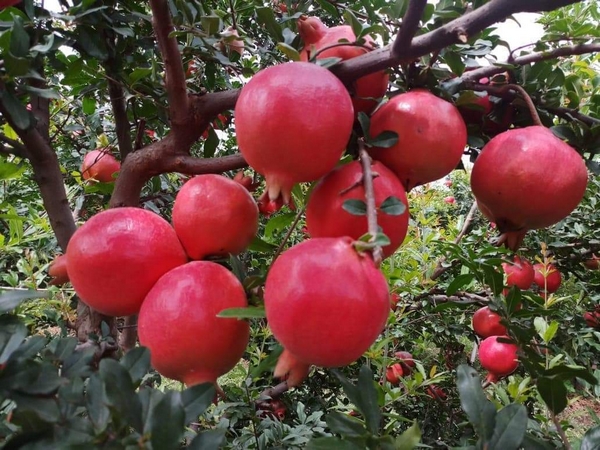 Dealing with the pre-monsoon rains meant that more pesticides had to be used than usual, Kalya says: “The weather has impacted the pomegranates largely during the early development of the fruit and it has an adverse effect on both the fruit size and skin. Pre-monsoon rain has an impact on the sizes of the fruit which ultimately affects the availability of 250grams+ size fruit. To protect the crop from post unseasonal rain issues, some pesticides had to be used and that reduced the overall quantity available of residue-free fruit this year.”

Kalya states that the increased rates for shipping via sea will make exporting produce to some markets more difficult in the future: “The Indian pomegranate is known for its unique color and taste, which attracts the consumer from Asia, Europe and North American markets. The arils are dark red and juicy. It has got soft and smaller seeds as compared to the other origins. The sweet with mixed of little sour taste makes it more demanding every season. The only real challenge is getting the produce to the consumers via sea freight, as rates have increased by almost 300-400% compared to the average cost of earlier years and so it will be very difficult to export the fruit in upcoming seasons.” 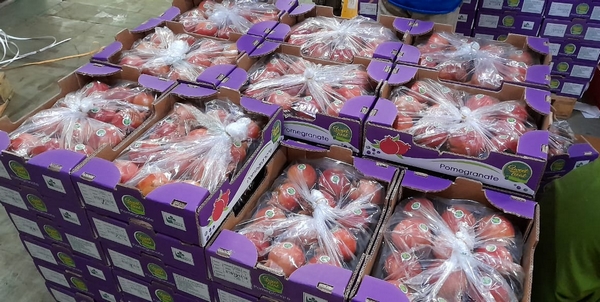 The higher shipping rates even affects the planning for the upcoming harvest of pomegranates, as the company is more careful with high volume shipments. “The covid-19 pandemic situation has improved largely now and there are no logistical challenges in that perspective, but a shortage of containers and increased sea freight rates to all the destination seaports has largely affected the total number of containers being shipped. Considering the current condition, we expect the sea freight to go even more sky high and hence we are reluctant to plan large volume exports in the second half of the season.” Kalya concluded.