The virtual information day was well attended with more than 300 registered participants. 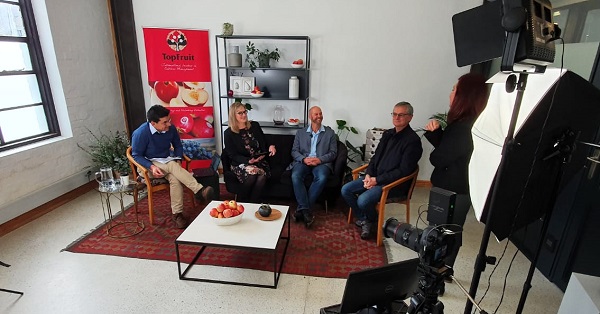 TopFruit, with its large network of breeders, is backed up by an experienced and qualified team, imports and commercialises a wide range of fruit varieties in Southern Africa.

TopFruit COO, Hein Coetzee, noted that strong relationships, credibility and integrity together with professional service are the key value drivers of TopFruit. “We live in strange times and although we would have loved to welcome each participant in person this was unfortunately not possible.”

He emphasised that innovation is key for TopFruit and by introducing new varieties to the South African industry, it unlocks an immense amount of potential in the agricultural sector, boosting the fruit industry as well as the South African economy.

The day was packed with technical information and varietal details of the most promising new pome fruit, stone fruit, table grape, berry and kiwifruit varieties under TopFruit management. Due to time constraints not all varieties could be covered, but Coetzee stressed that TopFruit would not have been where it is today without the support of all its breeders. This day made it clear that TopFruit has a varietal solution for nearly all the climatic regions in South Africa. 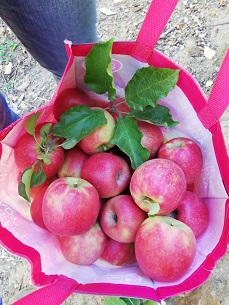 The pome fruit unit has a full pipeline of new varieties. The focus of the day was on new mutations of existing varieties that can improve productivity, packouts and income.

Lady in Red is an approved mutation for the Pink Lady® trademark, planted for the first time in 2017, and with its improved colour potential will increase packouts of Pink Lady® quality fruit with a significant value add to the whole supply chain, the company says.

RDS: highly promising Cripps Red mutation
RDS, the high colour mutation of the very successful Cripps Red variety only planted for the first time last year, is very well suited and adapted to the South African climate. Qualifying fruit of the RDS variety will have to be packed into the JOYA® trademark. 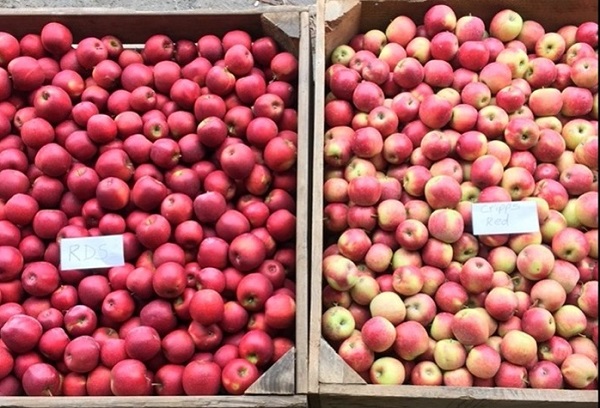 With markets such as the Far East and Africa increasingly asking for red apples with great colour intensity, RDS will be very interesting, the company states. 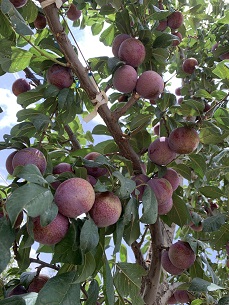 On the stone fruit side, the very well-known BQ Genetics (named after breeders Glen Bradford & Jon Quisenberry) nectarine, peach and plum varieties were discussed together with the AC Fruit and Provedo programmes.

The Bradford range of varieties, which were previously restricted to managed grower clubs, is now available to a wider range of growers and exporters.

It was also noted that Ralli Seedless, due to its popularity and market demand is still being planted in larger numbers. More fertile clones of Ralli Seedless are currently being evaluated ensuring the availability of this variety on global supermarket shelves in years to come.

World class berry cultivars
The two newest business units in TopFruit namely berries and kiwifruit also received well-earned air-time. The blueberry industry is growing at a rapid pace in Southern Africa and TopFruit is at the forefront of supplying new berry varieties to this growing industry. 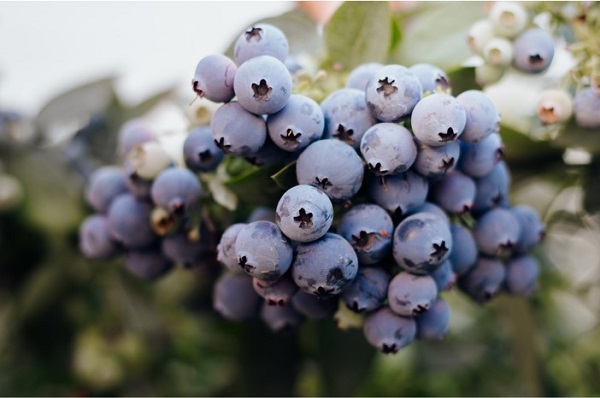 "With programmes from the University of Georgia, IQ Berries in Australia, Planasa and New Zealand Plant and Food Research, the TopFruit range of blueberry genetics is world class. What distinguishes TopFruit even further is its access to the world’s best raspberry and blackberry varieties. Much attention was given to the technical aspects of growing berries and the inputs needed," the company states.

Potential of kiwifruit industry
TopFruit’s kiwifruit varieties are “exploring new frontiers”. The kiwifruit industry, although well developed in New Zealand and Italy, is on the ascent in South Africa and TopFruit not only introduces new varieties, but is also introducing a whole new industry to growers whose interest is growing.

New varieties, technical knowledge and investment capital are crucial to unlock the potential of this new industry.

From 1983, when TopFruit was started by three nurserymen, Dr. Jim Button, Roy Jeffery and Richard Hill, it has subsequently grown into leaders in new fruit varietal management in Southern Africa.