"Annus horribilis' is how Vittorio Gona of the Sicilian PO Alba Bio defined the recently concluded greenhouse season. "How else could we describe an agricultural year that has seen us, against all odds, becoming heroic horticultural entrepreneurs? Never before have we been forced to face such a continuous succession of negative events. 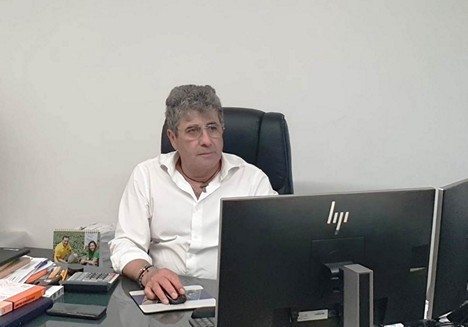 "At the beginning of last season, we were directly affected by the emergence of the New Delhi virus and then the Tomato Brown Rugose Fruit Virus, followed by the difficulty in finding labour. The latter problem has at least two origins, the first of which is due to Covid and the fact that workers have become a rare commodity due to illness, the necessary restrictions and the fear of infection; the second reason, is due to citizenship income. Why would one need to work in a greenhouse, when one can receive a guaranteed income, even if it's for the sake of survival, when one can stay comfortably at home and be free to do undeclared work on the side?" continued Gona.

"In addition to this, there are the typical difficulties of our sector, such as obtaining sales prices that are in line with costs and comply with the national product. Production costs have risen disproportionately in 2021, due to the freeze on raw materials. As a result, costs for semi-finished iron products, plastic, packaging, irrigation equipment and transport have risen. Last but not least, at the end of the year, there was also an extraordinary heatwave, with record-breaking temperatures that exceeded 45 °C for several days, causing the death of young plants that had just been transplanted, as well as the rapid deterioration of ripening fruit. 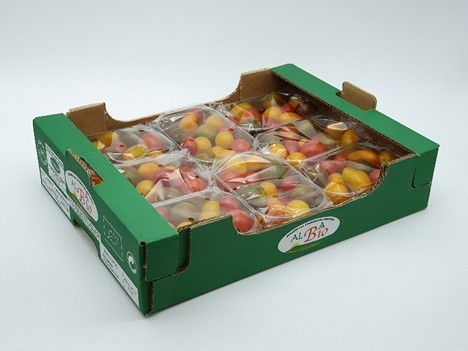 "The real miracle in the 2020/21 budget is that we managed to overcome all these difficulties and we owe a very special mention to all our collaborators. We have been able to meet our commitments to our large-scale retail customers, on the one hand, and to the supplier-producer members of the Alba Bio P.O., on the other. The answer to this may lie in experience or skills, but all these elements are nothing without an established position on European markets. Now we look forward to a new year, with great confidence and ready to face new challenges."

"The production and marketing of our most representative references, such as the cherry tomatoes, datterino tomatoes, marzanino tomatoes, and aubergines, has already started. Production prices are rising compared to the average, with quantities limited by persistent high temperatures. This determines, at the moment, prices to our suppliers for cherry tomatoes ranging at € 1.70, datterino tomatoes at € 2.00, eggplants at € 0.60, courgettes at € 0.80 and smooth round tomatoes at € 1.20," concluded the Sicilian manager.