All Dutch fruit & vegetable exports down in 2020 pandemic year

Last year's pandemic undoubtedly influenced the global trade in fresh fruit and vegetables. That effect was, ultimately, quite limited. And there were (sometimes vast) differences between countries and products. That is according to Jan Kees Boon of Fruit & Vegetable Facts. This information was published in the latest Primeur issue. This is a sector magazine. The Dutch company, ProAnalytics, visualized the information in several data stories: 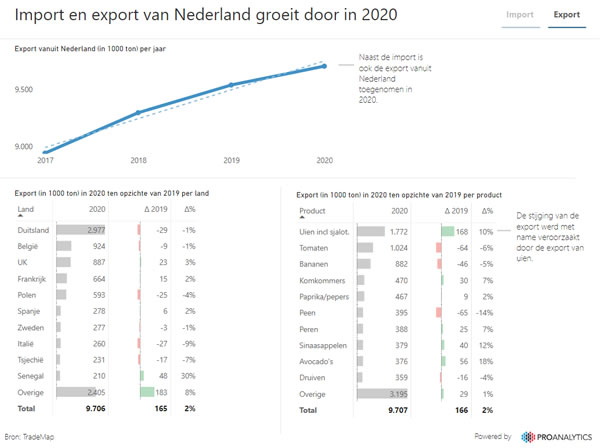 The picture is, however, distorted. That was due to several high population countries in Western Asia, where trade contracted sharply. Excluding those countries, the trend was the same but with less pronounced differences. Last year's trade volume declined by two percent. That brought the continuous upward trend to an end. 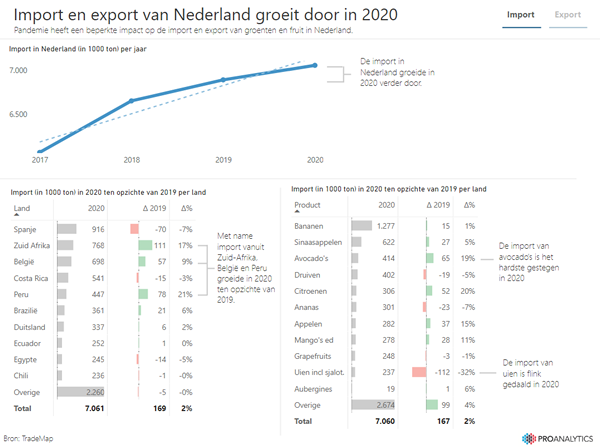 Higher prices
The pandemic did, however, cause fruit and vegetable prices to rise across the board. World trade fell by two percent, but values climbed. In 2020, it increased by three percent. Last year's average price level was five percent higher than in 2019. That increase was tempered by one thing. The price of the two top products by volume - bananas and onions - dropped. Apples, tomatoes, oranges, grapes, mandarins, cucumbers, and pears are other major products. Their 2020 global export prices were much higher. 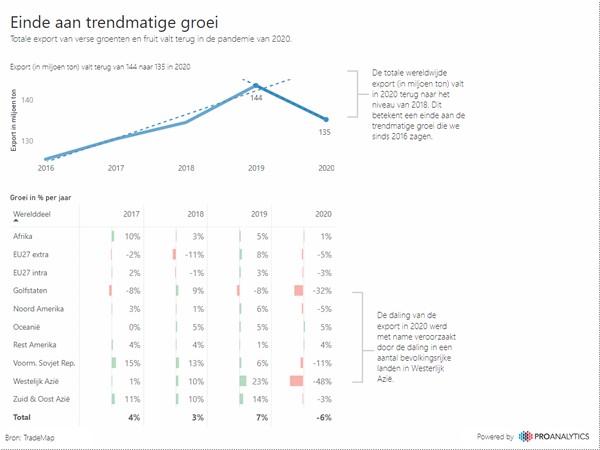