With the crop coming on mid-September, this year’s crop of kiwi berries looks similar in volume to last year’s crop.

“The crop this year is looking to provide excellent quality and size,” says Cat Gipe-Stewart with Superfresh Growers based in Yakima, WA. “We have a nice canopy, creating shade and protecting fruit from the elements, also helping with good size. The brix is looking good--we will have very sweet berries.” 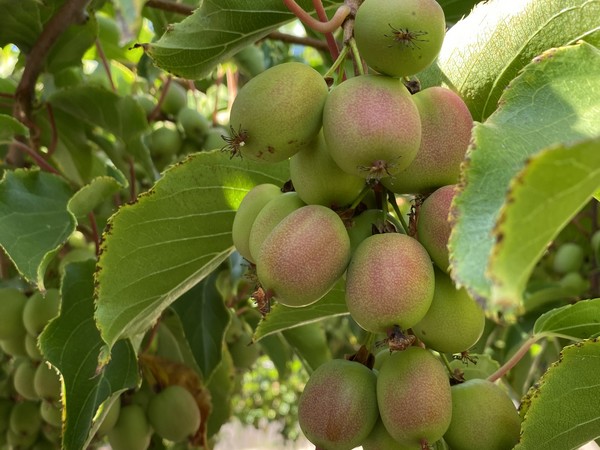 The berries are grown in southern Oregon which is home to a mild, dry climate that works well for growing kiwi berries. “We have a great little microclimate with winters and summers that are milder on the fruit,” says Gipe-Stewart.

Teaching consumers about kiwi berries
Meanwhile on demand, Gipe-Stewart notes demand was up last year for kiwi berries and hopes for more of the same this year--dollars were up 10 percent and volume was up 11 percent.

“More and more consumers are discovering kiwi berries, a nutritional powerhouse high in vitamin C, K, and E, as well as rich in potassium, magnesium, and fiber,” she says. She adds though that consumer education is important around marketing kiwi berries. “They taste best when slightly wrinkled and soft. This is when the berry has fully ripened and sugars are at their peak. We are launching multiple consumer campaigns online and in store to help with this education process.” 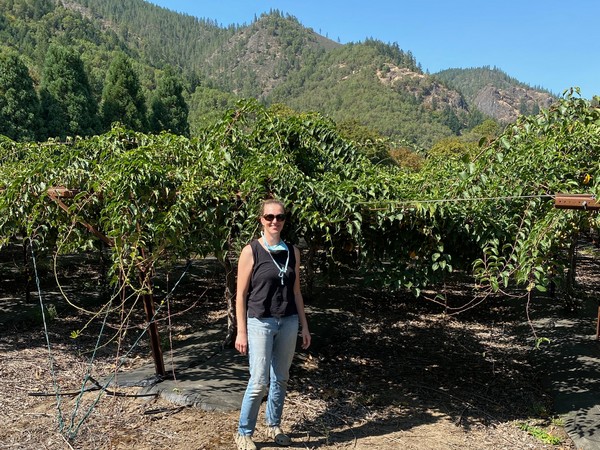 Carrie Norris in front of a kiwi berry field.

Indeed, getting consumers to try the berry for the first time is a barrier to consumption as well as the fact that the berry has a limited season where supplies are available until mid to late October. “It’s a short window to engage and capture consumers,” says Gipe-Stewart.

As for pricing, Gipe-Stewart notes that Nielsen data shows the average price/lb. on kiwi berries last year was $5.28/lb, down -$0.07.