Too many eggplants on organic market

The eggplant demand has been increasing annually in the Dutch and Belgian markets. This total acreage rises steadily, too, along with the growing demand. But, it seems that is now over. There was a low point, price-wise, around March 24. Eggplants were going for between €0.06 and €0.25/kg.

"Demand and supply have become unbalanced," says Krist Hamerlinck of EcoVeg. He grows, among other things, organic eggplants in Belgium. "I'm even forced to sell 20% of the crop as conventional this year. That's because I can't get rid of it as organic." 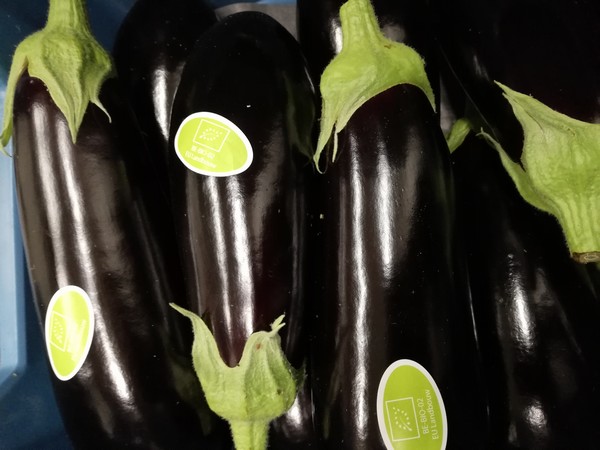 Competition from Spain
“Prices are so low because of the rock-bottom conventional prices. The price difference between organic and standard eggplants can't be too big. Then consumers will very likely not choose the organic variant. Belgian and Dutch growers face competition mainly from Spain. Eggplants are very heat-resistant, so they thrive in that country," explains Krist.

"It's currently 40°C in Spain, but the eggplants aren't suffering much. There, cultivation costs are also much lower. There are no heating costs to bring the greenhouses up to temperature. And labor costs less in Spain too. The Belgian crop's quality is somewhat higher than the Spanish one. But those aren't bad either," Krist explains.

Little incentive for organic farming in Belgium; in Spain, this sector is growing
Krist says the Belgian government is doing little to stimulate organic farming. There is a little financial push from them, but that is all. However, that does not mean that the organic products' market share will not increase. "In Spain, quite a few growers are switching to organic," concludes Krist.

It is not only eggplant prices that are disappointing this year. So are those of cucumber. Only tomato prices are very good. That is due to the reduced supply on the market.