A season of opposites for Ontario carrots

Everything is different this summer for Ontario carrots.

Out of Bradford, ON, Tony Tomizza of Dominion Farm Produce Ltd. says the crop of carrots looks good. “Our first fields are nice considering we had really cool and wet June and then very hot July and August. We’re pretty happy with what’s coming off the fields,” says Tomizza, adding that production did start three weeks earlier this year. 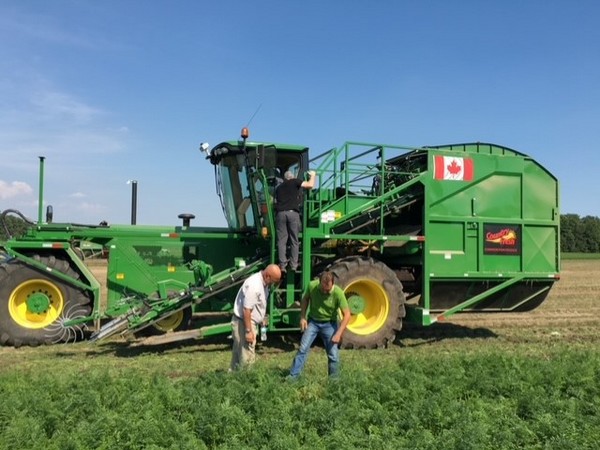 It’s quite the difference from last summer. “In 2020, we lost our first 50 acres due to heavy rain so anything compared to last year is good,” says Tomizza. Of course that means overall volumes are strong on the crop that will be harvested into November.

Some U.S. demand
In terms of demand, Tomizza is sending its product throughout Ontario and approximately 10 percent of the crop is going to the U.S. “I haven’t started any Caribbean distribution yet,” he says. “It’s too hot and we want to be sure this product is chilled enough and mature enough.”

Demand is also different this year. “It’s less than last year because of COVID,” says Tomizza. “Last year we were in shutdown so everyone was at home and suddenly retail exploded. It’s still not bad. This time of year when it’s hot and people are on holidays, we’re not usually that busy. But it’s surprisingly okay.” 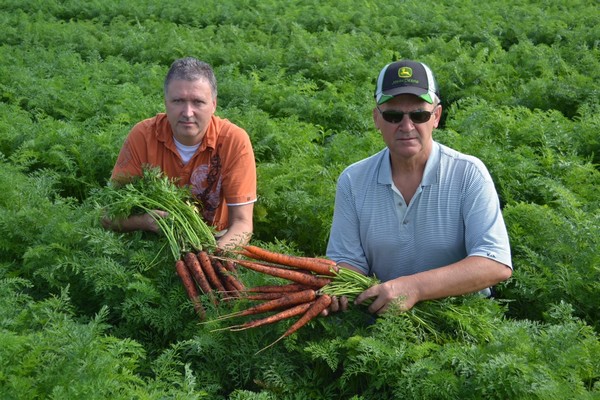 Of course foodservice demand has increased significantly from last year. While the U.S. foodservice demand is steady, it’s not at pre-pandemic levels given some outlets, such as cruises for example, haven’t returned fully. “And here in Ontario, foodservice demand is up and down. When the government announced there could be people inside, it got busier. Then a week later it slowed down,” says Tomizza. “Now with COVID-19 numbers going back up again, people are getting scared and wondering if they’re going to shut down the restaurants again? And with the fall coming and people not always able to dine outside, we don’t know what’s going to happen.”

Ontario and Quebec crops
Yet, all of this has left pricing stronger than last year. “We compete with Quebec and it had a big crop failure last year too whereas this year they have a lot of supply,” says Tomizza. “The price is dropping rapidly in late August here. It’s cheaper than last year and coming down fast now that Quebec is coming on hard.” 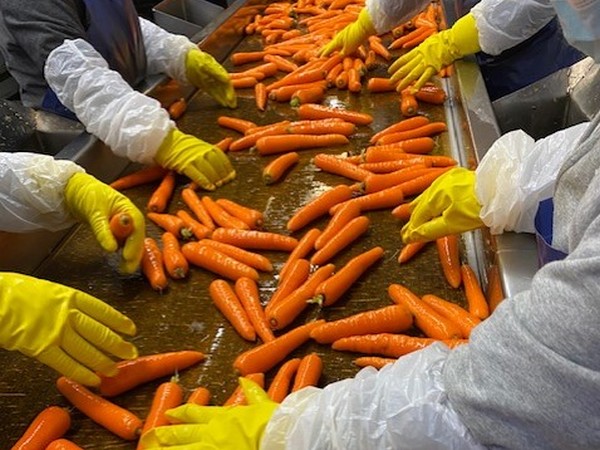 Also different are 2021 costs which have gone up significantly. “The cost of a pallet is up to $12US from $6US. Our fuel is 40 percent more than last year and plastic bags to put the product in is up 30 percent. Then there are the COVID expenses--cleaning, PPE, etc. that also fit into the cost of production,” says Tomizza. “There’s a major labor shortage so we have to pay people more to retain them or they will leave because there are a lot of jobs out there. We can’t do the cheap prices we used to years ago because the input costs are so high across the board.”