"There will be significant shortages of clementines"

The internationally connected KÖLLA Group, offering a wide range of fruits and vegetables, is celebrating its 100th anniversary this year. In an interview with Fernando Blasco, he tells us about the current state of the upcoming citrus season, among other things.

Losses in lemons, better qualities in oranges
"In 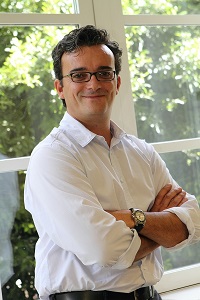 lemons, we estimate that we are facing a loss of about 20% with Primofiori, which is offered from October to March/April, and a minus of 40% with the Verna variety, which is offered from March," Blasco says. "This year's oranges are of better quality than last year, although we will have less product by January 2022 compared to last year. From February 2022, there will be a little more again, although we don't expect there to be any shortages."

Up to 40% fewer clementines
The "hottest topic" will be clementines, according to Blasco. "There will be significant shortages of clementines. From the end of October to the end of December, we have to be prepared for a drop of up to 40% in clemenules in the main area of Castellón/Tarragona. At the beginning of the season, there will also be a reduced harvest of Marisol, because this variety is slowly being replaced by other varieties," says Blasco.

"Normal" quantities of mandarins, higher demand for satsumas.
In contrast, production of mandarins appears to be normal. Says Blasco, "Quantities should be sufficient. However, it is too early to make accurate forecasts - a lot can still happen. With the lack of quantities of clementines, we expect a stronger demand for satsumas. You can already see that now, especially with the inquiries from Scandinavia and the UK. Prices are just firmer."

Rising prices
According to Blasco, price levels will not be comparable to those of the past two years. For example, the price of clementines will increase by €0.10-0.15/kg compared to last year, while mandarin prices should adjust in line with last season. In the case of satsumas, the KÖLLA Group expects a concrete quantity that can be offered.

Blasco: "Programs are already being closed, with a price drop of 0.80 € to 1.00 € per kg, depending on the caliber and grading. No programs will run below that this year."

Scarce capacities
"The KÖLLA Group is very well positioned in terms of logistics," says Blasco. "Each of our offices has its own logistics team, and we also work very closely with our subsidiary Top Line Logistics. KÖLLA has also been short on capacity, but we always find solutions through close communication across locations."

Sustainability is a top priority in the KÖLLA Group, which is also evident in the way it handles the packaging it uses. "The trend is clearly moving in the direction of avoiding plastic and using sustainable packaging. For example, we have been offering and supplying citrus fruits in compostable cellulose nets for more than two years. Plastic nets are now only used at the customer's request. Furthermore, we pack loose goods primarily in cardboard or wood."