MULTIVAC is constructing a multi-purpose building in Japan

orona pandemic, MULTIVAC is continuing its course of expansion in Asia. The company is constructing a new multi-purpose building, costing around 20 million euros, in the Japanese city of Tsukuba. Future areas of growth will include integrated systems, as well as the products from the FRITSCH and TVI business units.

In addition to the production areas, the new building will also include a Training Center for customers and staff, as well as showrooms for machines. It will be built in the Japanese city of Tsukuba, which is situated around 60 kilometres north-east of Tokyo, on an area of land covering a total of 14,400 square metres. This equates to the size of two football pitches. The first spade of earth was turned in May 2021, and the opening is planned for the summer of 2022. The investment amounts to around 20 million euros. 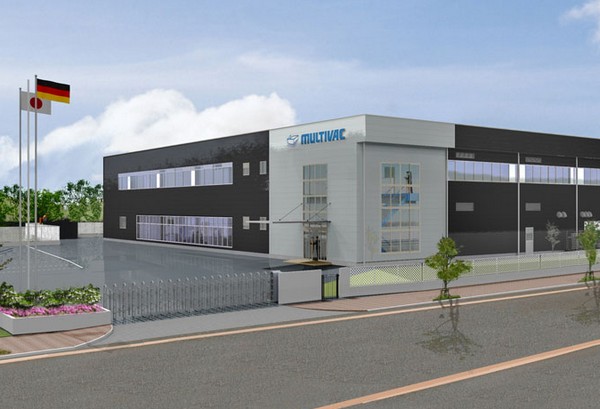 New capacity and improved logistics
“Japan is a significant market for MULTIVAC. The new building will expand the local production capacity and also optimise our logistics systems,” explains Guido Spix, Group President of MULTIVAC. Up to now the production of dies has been carried out in the nearby city of Toda, while the assembly has been concentrated in Abiko. But both sites have reached their capacity limits despite continuous improvement in manufacturing processes. “In future we will therefore produce at one location, which will also enable us to increase our productivity.”

The multi-purpose building will include the following facilities: on the ground floor will be located the Manufacturing and Assembly departments, as well as the Training & Application Center for Processing & Packaging, together with the Application Center for Bakery Technology. The upper floor will accommodate a small-parts warehouse, as well as a canteen and the offices and meeting/training rooms, which are needed to meet the growing demand.

Showrooms for Japanese customers
“The new building will not only create additional capacity, it will also enable us to provide new training facilities for the staff of our Japanese service network, as well as offering customers advice on all aspects of system integration, and bringing our solutions closer to them in our showrooms - including those from the FRITSCH and TVI business units, which will play an important role for us in future on the Japanese market,” says Kenichiro Onuma, Managing Director of MULTIVAC Japan.

MULTIVAC is not only expanding in Japan. The Group now has twelve subsidiaries in the Asia/Pacific region, employing a total of more than 300 staff. In July 2020 the company founded a subsidiary in Vietnam: the MULTIVAC Company Ltd, a new sales and service facility in Ho Chi Minh City, which enables MULTIVAC to react to the requirements of its Vietnamese customers with even greater speed and focus.