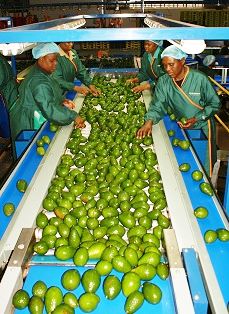 The Fuerte market is fantastic at the moment, R110 (6.2 euro) and R130 (7.3 euro) for a 4kg carton, very close to record levels, and it’s been at this high level for the past month, says Ricardo Kotze, avocado specialist at GROW BothaRoodt at the Johannesburg municipal market.

There aren’t large volumes of Fuerte but there is a constant flow and, he adds, buyers are willing to pay a premium for the cultivar.

Quality on avocados from Eswatini (formerly Swaziland), which send significant volumes to South Africa, has been very good, he remarks.

“Market volumes are very low, we’re on 18,000 cartons where usually this time of the year we’d be at 28,000 cartons. We’re still getting fruit from the Nelspruit area and it’s picking up from KwaZulu-Natal, but many of them wait for the export market to improve before they start picking. We expect volumes to start picking up over the next weeks.” 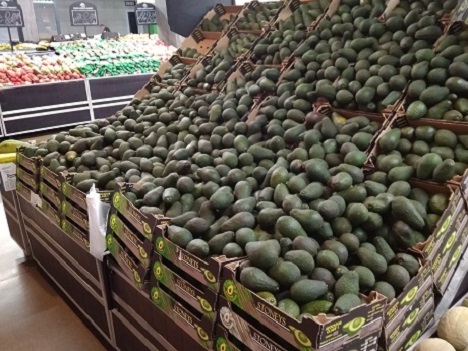 Pinkerton (which Ricardo reckons to be South Africa’s second favourite avocado, after Fuerte) is around 30% lower than Fuerte.

Buyers from the informal sector are taking more Hass than usual. “Informal buyers have changed a lot over the last few years, in the past they never would’ve taken Hass and this year they’re buying more Hass. They’re very price-sensitive buyers.”

Growth in avo processing
Processing is pulling a lot of small size Hass fruit at the moment for guacamole export programmes, which could explain lower volumes on the fresh market. Many KwaZulu-Natal avocados are grown for the processing sector.

Export demand has picked up again now that the large volumes from Peru have started to decline in Europe.

The catering and hotel industry which would normally have bought Hass is still struggling and many restaurants didn’t survive the two lockdowns.

Impact of riots
“The riots definitely did have an effect on the KwaZulu-Natal exports when producers couldn't get their avocados to the harbour," says Clive Garrett, chairperson of the South African Avocado Growers’ Association.

"Later in the season we had the cyber attack on Transnet's systems. With agriculture now playing such an important role in our economy we can only hope that the authorities dedicate the necessary attention to making sure that our ports and logistical systems operate efficiently,”