How to weed organic asparagus mechanically

A system that keeps the asparagus field clean of weeds, through mechanical weeding, without increasing costs is Aurenzo Bagioni's latest solution which will be presented at Macfrut, during the Asparagus Days. 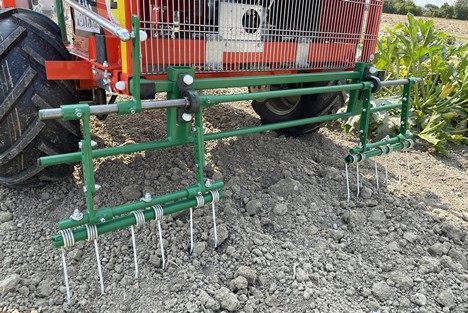 The Forlì-based company Bagioni, which already produces asparagus harvesting machines, will present this new concept in Rimini, Italy. This accessory is mounted on the back of the asparagus harvesting machines and is particularly aimed at organic farms but can also be used by those who cultivate using conventional methods. Basically, the concept is based on a weeder that allows the central part (30-50 centimeters) - where the asparagus grows - to remain free, but moves the soil laterally at each harvesting operation, to an adjustable depth of 1-3 centimeters. You don't have to do any extra work, but the device works when you harvest. 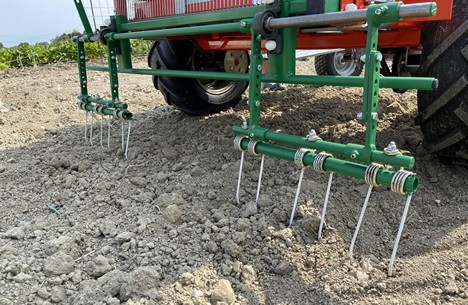 Given that the harvest takes place every day, the idea was to attach a weeder to the back of the machine, keeping the central 50 centimeters free for the asparagus to grow. This daily operation should keep the soil moving and prevent the grass from growing.

We had already seen this prototype in June 2021, but Bagioni asked not to announce it until the end of August, because he was thinking of filing a patent.

"This concept is being presented with the aim of understanding whether the idea is interesting to customers and then possibly start building it," concluded the owner.