For some producers the almond campaign is already over

For a farm located in Castellaneta (Taranto), the harvest of six hectares of almonds lasted just two days. The bizarre weather conditions of the spring months have compromised many hectares in all Italian regions where almonds are grown. But, if for some producers the campaign lasted only a few hours, for others it didn't even start.

"We finished early on the afternoon of 23 August 2021. We were able to harvest between 500 and 600 kg of product per hectare, compared to the 4 tons estimated for plants in their third/fourth year after transplanting, but the frosts at the end of March/beginning of April almost wiped-out production," said Domenico Casamassima, owner of Wonderfrutt. 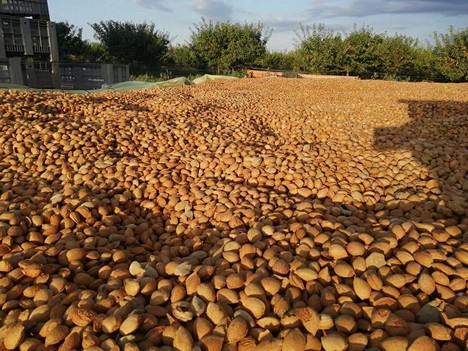 "Ninety per cent has in fact been lost. We have not harvested anything from the plants located in the lower valley, as the temperatures have been below zero, thus completely freezing the fruit. Although we were able to recover a fair amount of the 2021 harvest, the revenue obtained will not be enough to cover the costs incurred." 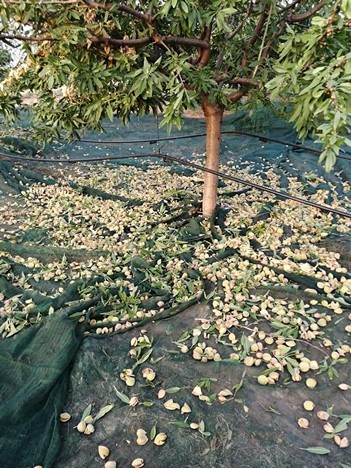 "The harvested almonds, which are medium to large in size, are placed in special bags before being shredded and dried. They are then sold to Dolceamaro di Claudio Papa, a leading company in the sector of high-quality Italian confectionery. The current quotations are good and nearing those of last year.