"New optical sorter means we can serve all markets"

German potato wholesaler, Wilhelm Weyers, was founded in 1964. It primarily cultivates and sorts onions and potatoes. In 2014, Julia Krebbers and her husband Reinhard took over. Julia is the company's founder's daughter. The company bears his name. Recently they invested in a new Elisam optical potato sorting line. We spoke with Reinhard and his son, Niklas, about the new sorting machine's benefits and potential. 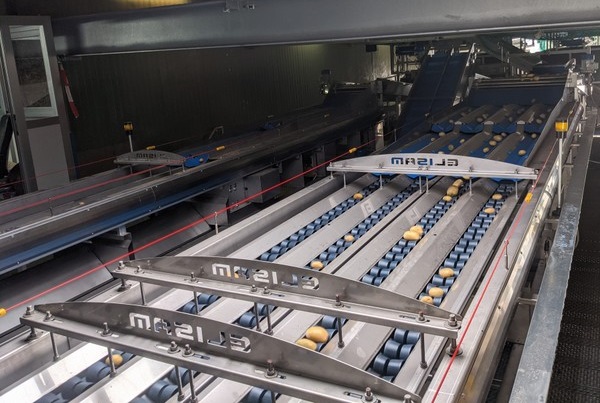 Access to the entire line
"The installation is currently being completed and will hopefully be put into use soon. That's after several weeks of delay, partly due to COVID-19," Reinhard begins. "This is a completely new sorting line. We already had a washing and sorting system with an optical sorting machine. Now we're adding a second, entirely separate machine. Suppose there's a lot of soil stuck to the potatoes this year and suppose we can't remove it in the first wash. Now, we can immediately switch from one machine to the other." 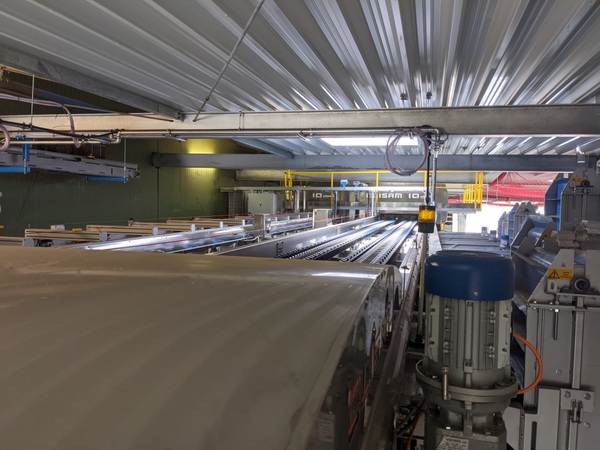 Peering into the potatoes
Wilhelm Weyers gets its potatoes in crates via receiving hoppers. They are then sent to the packaging and sorting line. This is the heart of the potato processing system. There is a Miedema infeeder, MH washing system, and Ellips-Elisam sorting section. "We wanted to create an optical reading unit that could also see inside the potato. To this end, we talked to several companies. But none have, so far, been able to do this."

"Then we got talking to Erwin Bakker of Ellips-Elisam. With more than 30 large installations, they're the global market leader in sorting onions," says Reinhard. "Their machines screen every onion for internal quality. While searching for references, we came into contact with two Dutch companies. They use Ellips-Elisam graders and shared its practical benefits. Our goal, of course, is to appeal to new customers with this new system. It's the first of its kind in the potato world."

First of its kind
Elisam machines used to be utilized mainly in the fruit sector. Now, it has added potato sorting to its portfolio. Five potato systems are currently being installed worldwide. "The first of its kind has been set up in Australia. That's currently only missing the feeder. Another is being commissioned in the US. The containers arrived there a few weeks ago. We have already assembled this machine at our site in Germany. It only needs the electrical connection to run. The plan is to start at the end of July," Reinhard told us during the interview in early July.

Special sorting
"At present, we mostly supply retailers. We don't yet sell to wholesalers or wholesale markets. But that will change, thanks to this machine. We'll be able to sort potatoes in a much more specialized way. This means that soon we'll sort by size, weight (with a +- 1% difference), color, and shape. After that, no internally defective potato will leave our premises. That's currently unique in the world, or at least in Europe. And we're quite a bit proud of that." 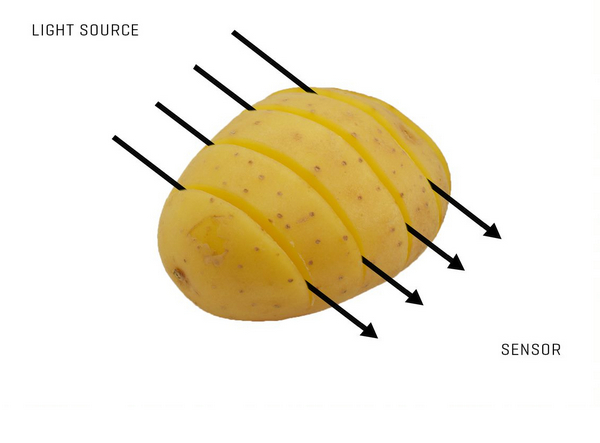 "Other companies will certainly follow suit. Many people are already coming by to see if the machine works as advertised. The sorting machine has only been successfully used on fruit and onions but not yet on potatoes. We definitely have a lot to learn. We'll surely have to make concessions as far as the system is concerned; make changes. But I think this is the right step for the future. That's if we want to reach previously untapped markets," explains Krebbers Sr.

Future goals
The company will also be able to utilize its resources better. "In the future, we need to position ourselves, so we don't waste too many resources. Consider, for example, fungal plant pathogens or light damage. Products affected by these are perfectly suitable for peeling factories. And we won't have to grow additional potatoes. We can separate the rejected items from the waste stream." 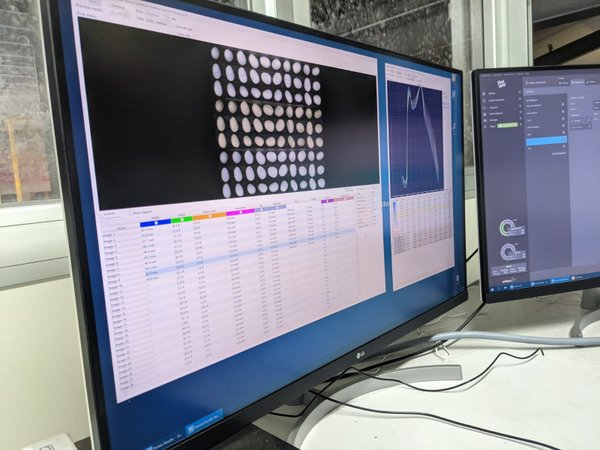 "Then we can make them available to other companies. They can use them for things like biogas. We can sort potatoes that no longer have any value separately. And we can get rid of the rotten ones in this way. That also allows us the opportunity to be more careful with our environment and natural resources,"  Reinhard says.

New way of working
Niklas points out that this machine enables ways of working that were not possible before. "We can process batches, like those affected by mealworms. We couldn't even sort those out previously. Now we can remove tubers with internal defects. But we can still process each batch's premium products. This refers to batches with severe worm or slug damage," he says.

"Or bad internal defects such as brown discoloration and storage bruising. Regular optical readers don't detect bruising. This compromises potatoes' internal cell structure. However, our machine generates images immediately - the grading system captures 90 images of each tuber. It takes 20 internal measurements. That allows it to detect and remove potatoes with damaged cell structures."

Self-learning software
This system has yet to gain experience in potato sorting. Nevertheless, it is already successfully sorting onions in Australia. "So, they came up with the idea of sorting some two to three tons of potatoes mechanically. The images were evaluated in the Netherlands," explains Niklas. 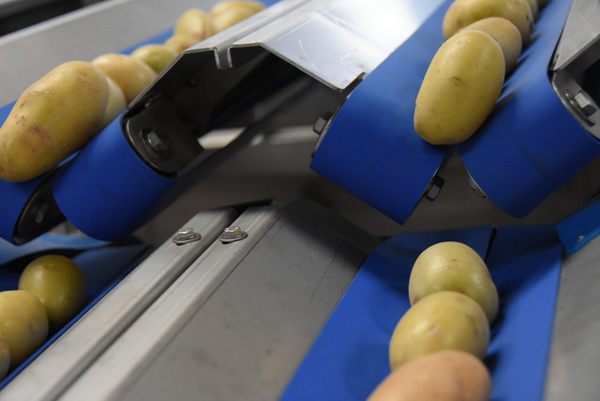 "They then wrote a new program and ran a second test. It detected 90% of the defects. Now it's a matter of tweaking the machine to the customer's wishes. To this end, they developed a learning program that continuously adapts to changes. It's a kind of self-learning program."

Saving labor
This machine will alleviate the growing labor shortage too. "Now, we probably need four to six fewer employees. The product's quality will also make them more marketable. This machine will let us respond to specific customer needs. From the flawless premium product to the cheaper quantities with acceptable defects, you can serve any client." 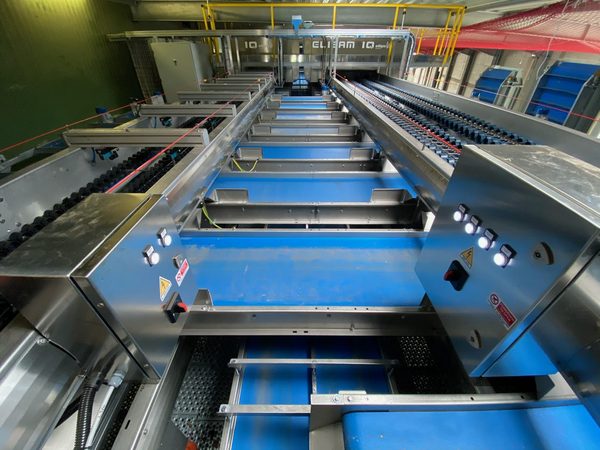 Dry polisher
The dry polisher is another innovation at the potato wholesaler. "It cleans the dirt off the potatoes and carefully dry-polishes them. Then the potatoes go to the Elisam sorter. This noticeably extends their shelf life. It also saves water. With this system, we can distinguish ourselves on the market," Niklas continues.

Weather-related quality issues
"The quality problems in recent years are mostly due to the weather. Not specific growers. The last few years have been extremely dry. Added to that is the lack of available resources. We generally have to ensure we give each potato the necessary attention." But Niklas is convinced of the machine's advantages. "We did a trial with 20 to 25 kg of potatoes. We checked them, and they were then taken away for evaluation. The system lets us register the entire batch." 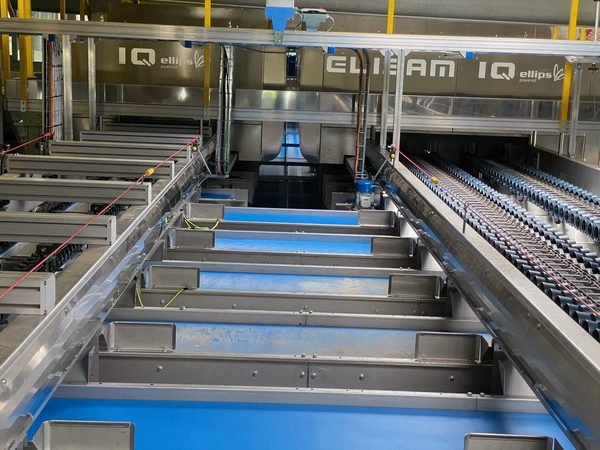 "Based on that, we can determine the failure rate to the nearest kilogram. Even with roughly 25-tons of potatoes, we can determine how many of them are green to the nearest kilogram. That is fully detailed and not random.". Niklas is confident about the future. "Technology is the only way forward. Elisam machines enable us to increase productivity and further improve quality," he concludes.