Biodiversity as an opportunity for sustainable farm growth

"Involving farmers in sustainable development projects for the protection of territory biodiversity", is what emerged from the meeting promoted by the Foundation Pro Biodiversity (Stiftung Pro Artenvielfalt), in collaboration with the company Sata. The event, dedicated to the companies located in the area of Pantani Cuba, Longarini and Bruno, located between the extreme southern-eastern Sicilian areas of Ispica (RG), Noto and Pachino (SR), offered new insights on the concrete possibility for local producers to create valuable agriculture, inserted in a unique agro-environmental context, such as the wetland of Pantani.

The society Sata, together with the agronomists Rodolfo Occhipinti and Leandro Nigro, has presented the opportunities that can arise from having a wetland of European naturalistic value in the nearby. 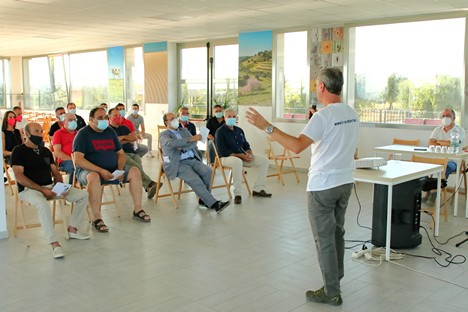 A moment during the meeting

"During the meeting we outlined some of our projects related to the reduction of the use of agrochemicals, to the knowledge and protection of biodiversity and to the optimization of water resources through monitoring systems of the water needs of crops. In this context, demonstration fields will be scheduled to make these opportunities known concretely. Among other things, these are all interventions that fall within the programming of the European Union in favor of biodiversity, and also facilitate the interception of new business partners across Europe, said Rodolfo Occhipinti, area manager for Southern Italy at SATA. 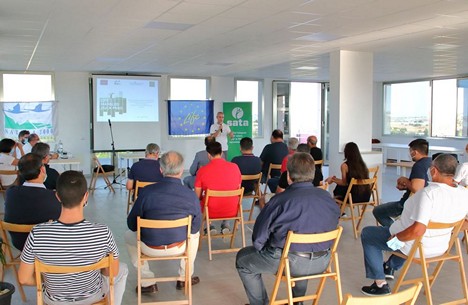 During this meeting, a number of projects on fruit and vegetables (but also on cereals and legumes) that have already been successful in Europe were also mentioned.

The representatives of the foundation Carlo Cappuzzello and Egle Gambino, presented the LIFE Marbled Duck PSSO Project, which aims to promote actions for the recovery and environmental protection in order to increase the breeding population of the Marbled Duck and other species such as the Duckling, the Sultan Chicken and the Bittern in the area of the Marshes of South Eastern Sicily. For further information on the project visit this link: www.lifemarbledduck.eu