The summer fruit campaign is still underway. Although the beginning of the next citrus season is already around the corner and will start with the earliest varieties in just a few weeks, there is still a significant supply of Spanish stone fruit and watermelon on the market.

This year, summer fruit has faced the consequences of low temperatures in Europe, which, in addition to taking a toll on the volumes produced in the case of stone fruit, have also had an impact on the demand, as their consumption depends largely on the weather conditions. "The situation has not changed much, yet," says César Claramonte, Clasol's manager. 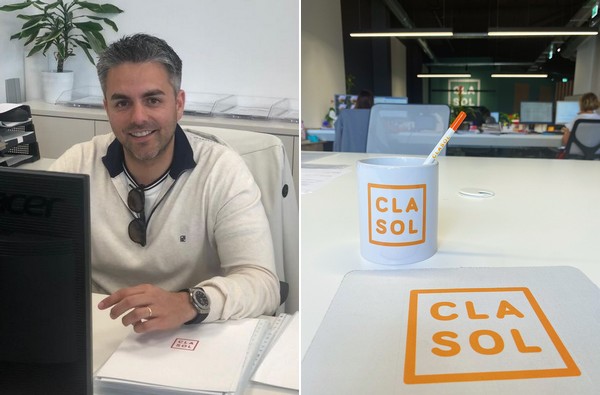 "Germany is the market that accounts for most of our sales and this year the country has recorded rains in 70% of its summer days, so the orders for both stone fruit and watermelon have not been at the desired levels. The watermelon production has been more or less normal, but the market conditions have not been ideal. In fact, a lot of watermelon has had to be destroyed in the field because it was not harvested in time due to the lack of markets for it. However, there has been little production of stone fruit and, given the lack of fluidity in the orders, it has been possible to meet the demand from supermarkets. If the weather had been good, there would almost certainly have been a shortage on the shelves," says César.

In the case of stone fruit, the spring frosts that were recorded across Europe, including Spain, not only reduced the volumes produced; they also had an impact on the marketing formats of the fruit that was eventually harvested.

"When there are issues with the production and the trees have less fruit, this grows to thicker sizes. That's why there has been a shortage of the small sizes that supermarkets want for baskets," says César. "There was a lot of large caliber fruit that has reached better prices, but we have lacked the push of the baskets, which account for the largest volumes," he says.

"Losses in the next clementine production."
Spanish citrus will return to the market in a few weeks, gradually replacing summer fruit. However, according to the manager of the Burriana-based company, which has its own productions in Castellón, where it grows protected mandarin varieties almost exclusively, the citrus campaign is unfortunately likely to have a similar development as the stone fruit one." 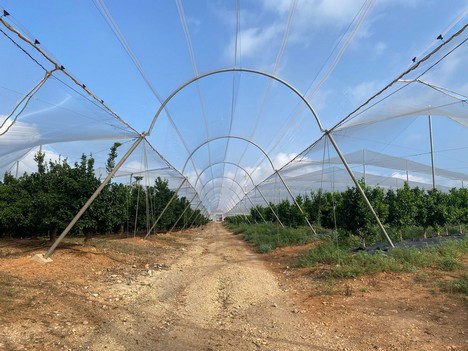 "When the flowering took place, the weather was not ideal, and on top of that we have the problem of the cotonet pest. Other countries have authorized the exceptional use of methyl chlorpyrifos and chlorpyrifos to control it, but not Spain. And this whole clementine growing area is severely infected by the pest. Because of both factors, the production of all clementine varieties could fall by up to 50%. We believe that the Clemenules is going to be most affected one."

"Late mandarin varieties shouldn't record excessive losses, but the poor results of the Clemenules will take a toll on the rest of the campaign. Since there are fewer Clemenules, we will want to start earlier with the Nadorcott, and even if there is a normal production, if we start the campaign a couple of weeks earlier in January, when consumption is quite high, we will also finish earlier than we should with them," says César Claramonte.

Strong growth in turnover
Despite this year's obstacles, the family business managed by César Claramonte (the third generation in charge of it) maintains its growth prospects. In addition to having its own production in the Region of Valencia, Clasol has associated growers in the Region of Murcia, where it acquired a warehouse for fruit handling earlier this year, and it also has external suppliers in Murcia and Lleida. 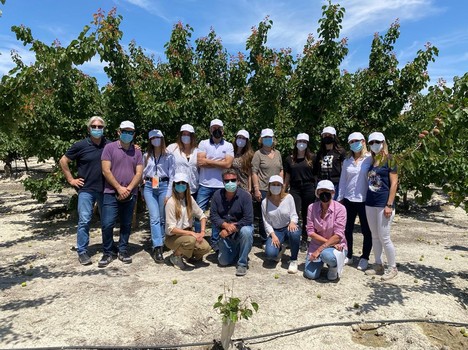 "Our turnover has always amounted to around 8-10 million Euro, and now we are exceeding 30 million Euro. Due to the volume we are handling, we have made an investment in a new warehouse and we have expanded our own citrus production in Castellón. Our goal for this year is to reach 40 million Euro."

The company also plans to diversify its products, which reach supermarket chains and wholesalers in Germany (where the company was headquartered for a few years), Italy, Austria and Poland. "We are having a good pear campaign, and we have made a good start with the grape season, despite the fact that we had never worked with this product before."