Few Chilean citrus fruits to be found in Dutch stores

In 2020, three percent more Chilean fruit was exported to the Netherlands. That is what the Dutch Ministry of Agriculture, Nature, and Food Quality reports. That makes the Netherlands the third-largest trading partner for the South American country. That is according to Fruit & Vegetable Facts' figures. The country follows the United States, where 30% of Chilean exports go. And China, which accounts for 18%. The Netherlands has a seven percent share of Chilean fruit exports. 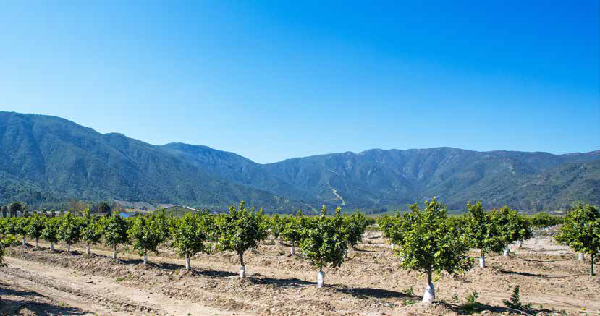 Apples, grapes, and cherries are Chile's three largest exports. Mandarins occupy fourth place in the export ranking. In 2020 with 200,000 tons, this was even 25% more than the previous year. In mid-April, Chile shipped the current season's first clementines. This year's clementine export is estimated at 55,000 tons. That would represent a seven percent increase compared to 2020, AGF.nl reports.

Decreasing volumes
Chile's blueberry exports to the Netherlands are showing particularly strong growth. Fruit & Vegetable Facts indicates that the Netherlands still imported 13,816 tons of blueberries from Chile in the 2017/2018 season. However, in the 2019/2020 season, this had risen by 75% to 24,100 tons. Citrus does not show this upward trend; it is, instead, the opposite. Dutch traders say they have few contacts in Chile and that less and less citrus is coming from there.

Chilean companies can transport their citrus cheaper and faster to the closer United States. So, they are focusing mainly on that market. The figures support this trend. Orange imports from Chile into Europe have been declining for years. From the 2010/2011 season to the 2019/2020 season, imports steadily fell from 3,607 tons to 480 tons. This, while total orange imports into the European Union grew from 641,427 tons to 956,507 tons during the same period. That is an increase of almost 50%.

More exports
Easy peelers present a more mixed picture. But here, too, imports have remained relatively stable over the past five years. Then total EU imports increased by about 70%. In the 2015/2016 and 2016/2017 seasons, there were peak sales with volumes above 20,000 tons. After that, EU imports of Chilean lemons have remained relatively stable. In recent years, this has been around 8,000 to 9,000 tons.

Again, Chile did not benefit from the overall category's growth in Europe. The EU is of decreasing importance for Chilean citrus. Though, that does not mean the category is not expanding in Chile. Chile is the second-largest citrus exporter in the southern hemisphere. It has invested heavily in its plantations over the past 25 years. Between 1995 and 2018, citrus acreage was increased by nearly 8,000 hectares to over 20,000 hectares. Farmers grow easy peelers, oranges, lemons, and grapefruit.

This increased volume means exports from Chile also increased. For example, the country exported 97% more mandarins in 2019 than five years earlier. For oranges, lemons, and grapefruit, the growth rate was 50, 40, and three percent more, respectively, than in 2015. A total of 387,000 tons of citrus is expected for 2021. Of that, roughly 85% is destined for the U.S. Chilean citrus exports to the U.S. have been increasing for the past decade and very rapidly in the last few years.

In 2020, COVID-19 also affected the United States' demand for Chilean citrus. "It has powerful immune-boosting benefits, so consumer demand for citrus is high," says Karen Brux, the Chilean Fresh Fruit Association's general manager. Whether Chilean citrus exports to the U.S. will continue to grow remains to be seen. Chilean expectations for exports to China are high. That is after this major citrus importer opened its borders to Chilean citrus in 2020.