“We see a huge demand coming from supermarkets and restaurants,” says Robin Lee, co-founder and CEO at Grönska Stadsodling. “Now, we’ve reached the point where we cannot supply that demand. The demand isn't from Sweden only but also from overseas.”

Grönska is currently providing growing cabinets to supermarkets and restaurants. Next to that, they construct industrial farms. Whereas, in 2018 they constructed ‘Europe's largest farm at the time’. They are working a lot with automation in the farms, in terms of lighting. Not all parts are automated, depending on the scale of the farm. It’s all about where OpEx and CapEx meet, but automation is something the company is looking into. 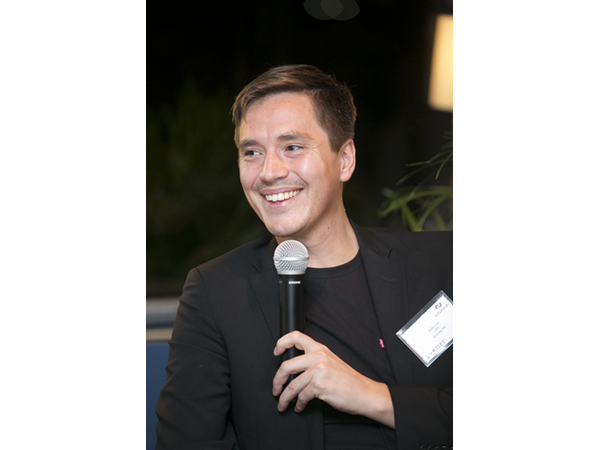 The co-founders of Grönska got interested in vertical farming as they had seen it happening in Japan a lot. Later on, Robin and his co-founders thought it would be a great addition for Sweden. Unfortunately, the country is not self-sufficient in terms of fresh produce and still imports a lot.

In 2015 Grönska was found. Shortly after that, they started renting a basement in Sweden. In this way the company would start its first trial farm, trying out different LED recipes. The farm’s cultivation area comprised 800m2 where different growing parameters were tested.

Approval of Swedish consumers
Previously, vertical farming wasn't that much available and unknown, explains Robin. Whereas, now that’s completely the opposite. Robin thinks that the stakeholders' involvement will definitely change over time, as they’ve seen lots of growing interest in vertical farming.

According to Robin, Swedish consumers have been accustomed to high product quality. Often, there's a shortage of lettuce, tomatoes and strawberries. However, these do include pesticides. Unfortunately, all products have been produced up to a certain quality label, looking beautiful. However, they might not be that sustainable for mankind.

“The only way to get away from pesticide-contaminated produce and maintain the same quality year-round is applying more controlled farming." 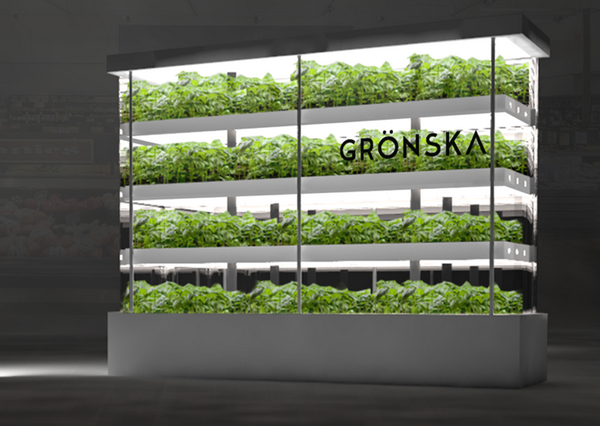 Robin notes that vertical farming is an important part of resolving the carbon dioxide problem Sweden deals with. That’s the bigger piece of the puzzle. He explains that the cabinets are a great part of teaching society how the food supply system can be changed and the advantages of vertical farming.

“We’re building an ecosystem around farms,” Robin affirmed. “Either with our larger industrial farms or with our growing cabinets, on a smaller scale. Luckily, we can now reach places that have once been unreachable. Especially with the growing cabinets, as they’re very mobile and can be placed everywhere, to grow food.” 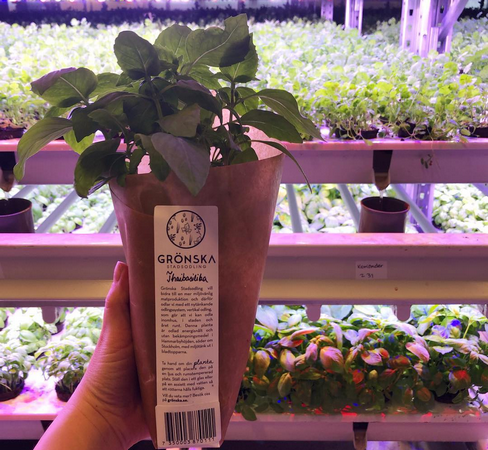 '265 plants per month'
Crops that are grown inside are based on the current product catalog of Grönska’s proven growing recipes, which are either herbs or leafy greens. 265 plants can be fully grown per month, depending on what is grown and how. It has the size of two big fridges, according to Robin. Inside the farm, a control system is applied to gather data from 50+ sensors to control the climate, lights and other growing parameters.

Grönska recently closed a funding round of $2,4 million to further develop its AI and hardware to improve its products even more. Robin says that there are some upcoming partnerships, also in international waters, that are soon to be announced.