Could reforms around truck drivers alleviate the shipping crisis?

Growers and shippers are more than open to new ways of getting trucks--and more particularly, truck drivers--on the road following months of skyrocketing transportation rates and limited access to both trucks and drivers.

Earlier this month, the American Journal of Transportation reported that the trucking crisis has the US looking for more drivers abroad. It noted while the industry has been contending with a driver shortage for some years now, the pandemic has created even more of a crisis as demand for shipping goods has spiked and, in turn, triggered early retirements.

As a result, talk has begun about ways to navigate this issue from including trucking in the list of industries that can sidestep the Department of Labor’s immigration certification process to lowering the minimum age from 21 to 18 for interstate drivers.

Pressuring governments for change
At Trinity Fruit Sales in Fresno, CA, Levon Ganajian says he’s never seen challenges with trucks as much as he has this year. “As an industry, we need to put pressure on our elected officials to act on immigration reform for drivers but also farm workers in general,” says Ganajian, adding that Trinity Fruit has its own trucking company as well. “We’re at a critical point in our industry where our elected officials have to do something. It’s affecting all of our businesses.” He also points to other modifications that could be made including creating teams of drivers on trucks, though while that can alleviate shortages, it can also further add to those already increasing costs.

And costs are a pressing issue. “Trucking has gone up by at least 20-40 percent in the last 1-1.5 years,” says Kaz Bhatti of Gold Coast Produce in Chicago, IL. “There are trucks out there. But they’re hard to come by and you have to pay big money to get anything from the West Coast to the Midwest or East Coast.” Bhatti adds that costs of shipping from the Midwest and East Coast have also gone up by at least 20-40 percent. 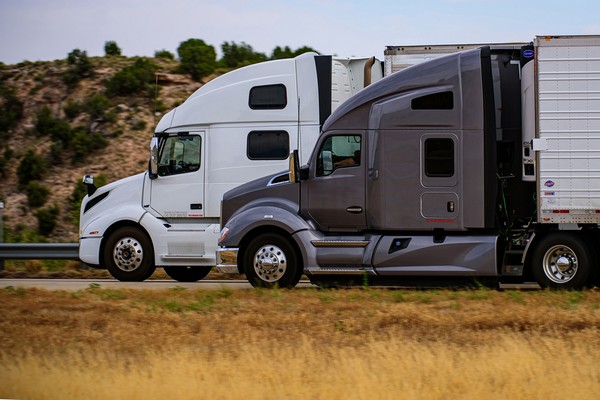 The issues over routes
The crisis means drivers now have more power to choose the loads they’d like to take. “It’s further compounded here in California because of some of our state mandates--we have mandates for pollution control, etc.--means it’s getting harder and harder to find companies with drivers who are willing to come into California,” says Keith Wilson with Cecelia Packing Corporation in Orange Cove, CA. “They have other lanes they prefer to haul in if they can. I see a continued pressure on freight rates and loads that are originating out of California.”

However while at River City Produce Inc. in San Antonio, TX, Paul G. Gonzalez recognizes how serious an issue accessing trucks and drivers is, he also raises a few red flags. Namely--it’s also about finding vehicles. “I ordered trucks back in April and they told me they’d be ready in November. Now they’re telling me it’ll be the middle of January. They keep pushing it back,” Gonzalez says.

He also expresses concerns over safety and age reductions. “It’s a great idea to reduce the age but at 18 or 19 years old, you don’t have the life experience for 45,000 lbs. behind you,” Gonzalez says. “A lot of people don’t hire drivers under a certain age because of a lack of experience.”