Heavy rains over the past few weeks had caused an estimated NT$576.84 million (US$20.71 million) in damage to crops as of Sunday.

Recent torrential rains have mostly affected farmers living in the central and southern parts of the nation, with those in Chiayi County experiencing around NT$125.32 million in losses, CNA cited the Council of Agriculture (COA) as saying. Kaohsiung followed, with an estimated NT$106.46 million in damaged crops, while Nantou County also lost out on around NT$105.99 million, COA figures show. 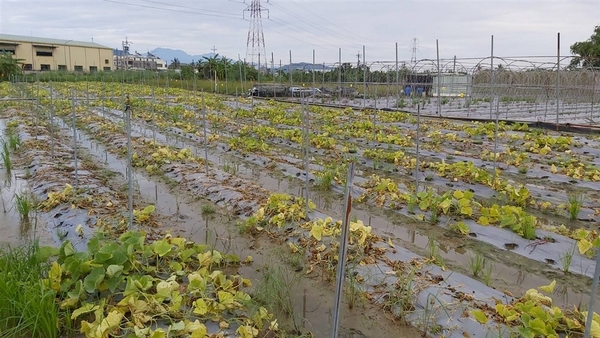 According to the COA, around 8,551 hectares of crops were damaged in total. Growers of papaya, guava, dragon fruit, and longan were the most affected.