Cape Town to the United States

South Africa’s citrus season is in full swing and although 60 percent of volumes to the US have been shipped, the season doesn’t come without challenges. The country had to endure a lot: riots in Kwa-Zulu Natal and Gauteng, escalated taxi-violence in Cape Town, a third and most severe COVID wave, as well as an unforeseen disruption of the Transnet IT system that resulted in delays at ports.

In addition to obstacles within the country, the South African citrus industry was not spared from the global supply chain pressure either. “The good news is that the summer citrus program to the US is entirely shipped out of Cape Town. Although what happens in South Africa could affect our economy as a whole, it did not affect the citrus program to the US that much,” says Suhanra Conradie, CEO of Summer Citrus from South Africa.

Dedicated conventional vessels, accounting for almost 80 percent of all citrus shipments to the US, have been moving according to plan and move the fruit effectively through the system, although not without challenges. “The pace is a lot faster though and therefore the open communication between all parties involved in South Africa and the United States makes it easier to execute the program with excellence,” Conradie added. 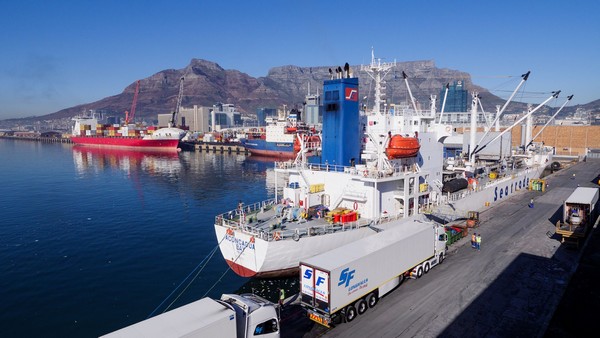 Survival versus sustainability
The growing side has its own challenges, forcing growers to work sustainably in every aspect. “The words sustainable farming are used wrong in my opinion,” says Stiaan Engelbrecht of Everseason. From a South African point of view, it is more survival which ultimately resulted in sustainability. “We don’t have the amount of water available that we would like to give to the trees and can’t farm the way we would like to. As a result, we had to go solar, built new irrigation systems, and plant citrus varieties that need less water,” he said. Originally, South Africa’s farmers needed to save costs to survive, and this then resulted in a lower carbon footprint.

The country’s citrus growers very much have a forward-looking mindset. “We ask ourselves where we want to be two to three generations from now. We need to make sure that we are in a better place 20 years from now than we are today and build a better community for the next generation,” says Gerrit van der Merwe with ALG. To achieve that goal, training and educating people is key. “A beautiful example is a grandfather who has been working for our farm for almost 50 years as a tractor driver. His son also works for us. He started as a tractor driver and is now head of our spray team while his daughter completed high school and became a teacher on one of our farms.” When thinking about the next couple of generations, sustainability automatically becomes a key driver for success. 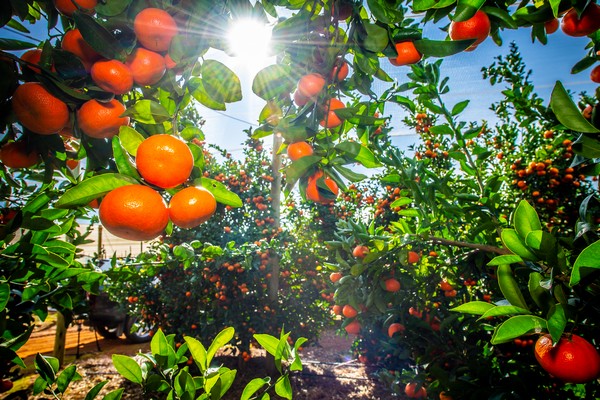 Crop update
With 60 percent of volumes shipped, what can retailers and consumers in the US expect for the next few months? “We are now moving into our later mandarin varieties,” said Conradie. With volumes being slightly ahead, the first shipment has already arrived in the US. “The quality is really good, and consumers can expect a premium product from this growing category.” With easy peeler acreage continuing to grow, production numbers are going up. Summer Citrus from South Africa has adjusted its shipping schedules to accommodate for this growth.

Volumes of oranges on the other hand have been static over the past few years. Retailers have a pretty good idea of the volumes that are coming from South Africa and other countries of origin. “Our Navel oranges are a solid product with beautiful sizing for the US market, so we are confident that the fruit will move according to plan.” Shipped volumes to the US are expected to be similar to 2020.

Star Ruby grapefruit is looking bright and shiny. Volumes are very much static, although the expectation is to ship a little more than anticipated. “They are in high demand with a lot of importers and retailers asking for more volume.”

Partnership
Conradie finishes by saying that the success of the program can be attributed to the collaboration between all groups involved, both in South Africa as well as in the US. “A lot of service providers are involved in making this program a success: growers, importers, bilateral groups, South Africa’s Department of Agriculture, USDA, the Perishable Board of Export Commodities, logistical people, and shipping lines. Despite all the challenges we’ve faced, I think it is an accomplishment to say that we’ve shipped 60 percent of our volumes and we owe that to the great partnership,” Conradie concluded. “It looks like overall we will be about seven percent ahead of our estimated figures for this year.”