The weather in Sicily is extremely hot. A large part of the population is apparently on holiday, while another part continues to work in the fields to ensure food supplies for the population. 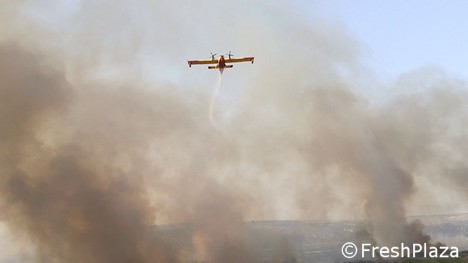 Like all farmers around the world, Sicilian producers are used to working in extreme climatic conditions, but this summer the island is suffering from a number of factors that are affecting fruit and vegetable production, that is, anomalous heat, volcanic ash and lapilli, wildfires and COVID-19. 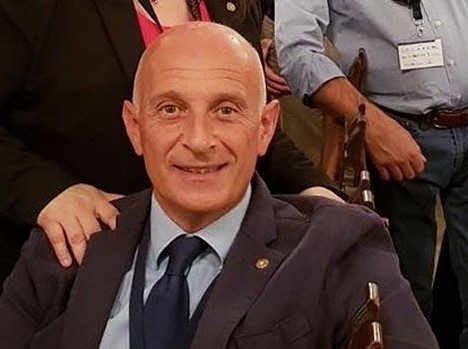 "The impact of the heatwave in recent days is only worsening an already very difficult situation due to a long-standing shortage of irrigation water, caused by the inefficiency of the distribution company that manages the network. Young citrus plants need to be irrigated, but producers are unable to maintain the required irrigation supply because there is no water. The same is true for newly transplanted artichokes, despite the fact that artichoke farms are equipped with artificial reservoirs. If the cumulated water is consumed copiously for emergency irrigation and is not replenished by rainfall, it will run out in a few days and that will be the end for this year's Sicilian artichoke crop."

"For citrus crops the situation has been difficult since October 2020, when an unusual heat wave followed by heavy rains in November resulted in heavy fruit drop-outs in full production. However, in January 2021 we experienced some heavy frosts and in February a new heatwave with another phase of fruit drop and therefore loss of income. Irrigation was anticipated as early as February, affecting the already limited water reserves in the network. All of this while Lake Lentini is retaining about 90 million cubic meters of water, which is paradoxically unusable for irrigation because it lacks a simple connection to the network of the irrigation authority," continued Vigo. 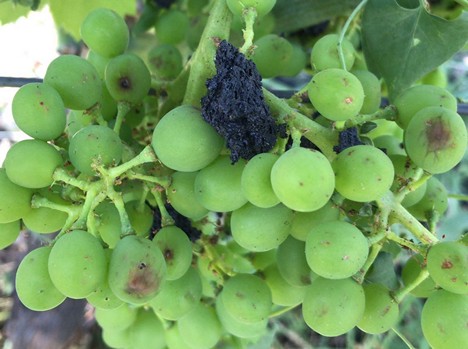 "However, the misfortunes do not end here. These are months that, along with the lack of water, the orchards and vineyards around Etna are damaged by the fall of lapilli on the fruit. The Strombolian activity from the beginning of the year has recorded 56 paroxysmal events with the presence of ash and volcanic lapilli that ruin the crops".

"The high temperatures of these days are nothing but the umpteenth blow to the sector. The record threshold of 48,8 °C that has touched the province of Syracuse has only added another problem to the list of climatic adversities in eastern Sicily, home to the Syracuse Lemon Igp and the Pachino Tomato Igp. A difficult situation already impacted by COVID-19. The endless number of fires, scattered throughout Sicily, has damaged many farms, fruit and vegetables, and livestock, putting a strain on the economic capacity of the same farms, and highlighting the inefficiency of assistance, both for the organization, but also for the high number of requests for intervention, not all processed in the required time.

What happened in the other areas of Sicily?
“We had a significant drop in ripe fruit, while the flowers and small fruits have literally burned," said Giancarlo Paparoni, a lemon tree grower from Capo D'Orlando (ME). 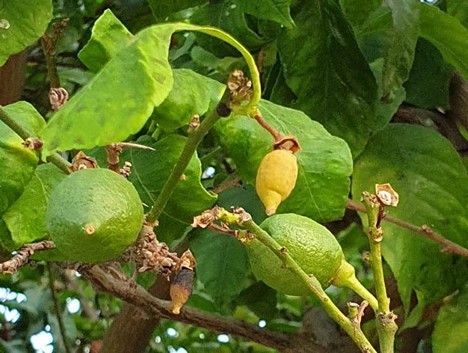 Blossoms and lemon fruits literally burned, accompanied (see below) by an abundant dropping of ripe product. 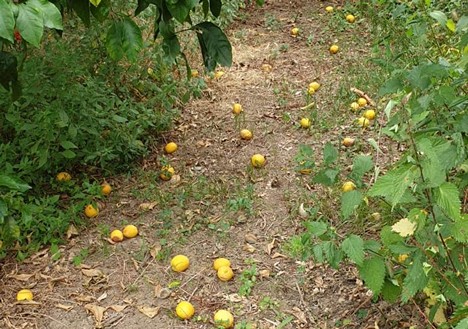 "Damage in our area is limited to leaf crumpling," reported Marsello Lo Sardo, a fruit and wine grower from Canicattì (AG). "The heat has blocked tomato transplants made in July (see photo below), the plants have developed the root system, but with high temperatures they died," said Stefano Bonelli, greenhouse grower from Gela (CL). 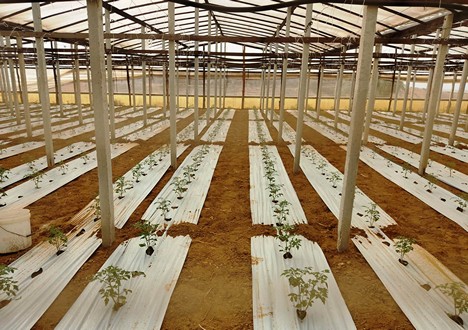 "Unfortunately, the humidity has cracked all the tomatoes," reported Massimo Pavan, a producer from Ispica (RG). (See photo below) 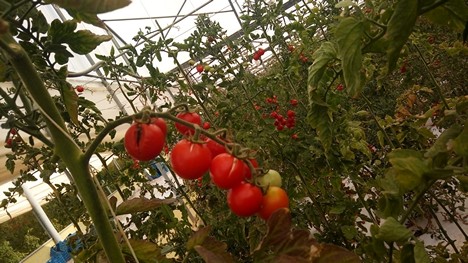 "Damage is limited to a few plots of grapes," said Salvatore Consoli, a vine grower from Mazzarrone (CT) but the biggest problem is that we have run out of water reserves and will soon be at risk if the land consortium continues to withhold water. Gianni Raniolo, president of the Consorzio Uva di Mazzarone Igp, is on the same page with Consoli.

Is this an uninspiring overall picture that foreshadows a difficult situation for the upcoming months based on extreme climatic conditions and culminates in the inefficiency of local authorities, or vice versa?