Digital marketplace Nile.ag saw demand spike during the week’s unrest that resulted in disruption to the agri-food value chain. According to Nile.ag’s founder, Louis de Kock, online marketplaces are able to contribute to food security during supply chain disruptions, since buyers and sellers do not have to physically meet to transact. Instead, supply and demand is aggregated across different geographies and logistics can be optimized to the shortest (or safest) route to market in the absence of intermediaries. For example, vegetable processors in the Eastern Cape were able to source directly from carrot farmers in the central part of the country, instead of routing produce through Gauteng’s central markets that were severely hampered by unrest. Similarly, retailers in Bloemfontein could get access to green peppers directly from farmers in Limpopo. 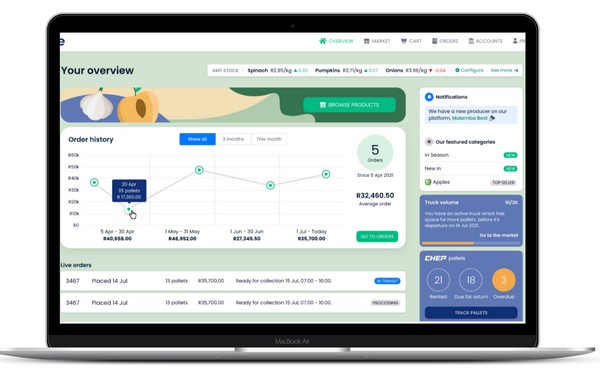 Most produce traded through Nile.ag is sent directly from farmers to a buyer of fresh produce. In the instances where produce has to be consolidated with loads from multiple farmers, the Nile facilitates cross-docking at its strategically positioned hub on the outskirts of large cities. It is at the same cross-docking facilities where produce destined for neighbouring countries are inspected before shipment. Nile.ag saw a similar spike in demand from neighbouring Swaziland during last month’s violent protests in that country. 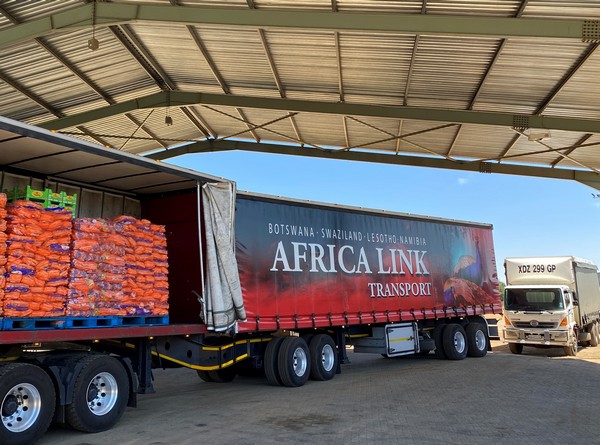 Since launching almost a year ago, the start-up has gained massive traction, having traded 7million kilograms of Fresh produce. Rapid adoption of the marketplace ensures that farmers in every province of South Africa provide continuous, year-around supply of major produce lines. Producers sell anything from Brinjals to Bananas through the platform. Buyers range from large commercial buyers in urban areas to small family owned businesses in rural areas in SA and neighbouring countries. Nile.ag was formed with the vision to integrate regional food systems across Africa by improving price transparency, safeguarding payments and optimizing logistics.

Louis de Kock (mentioned earlier in article) was formerly the manager of Amazon Go’s produce division in USA, when the company extended its no-checkout service to fresh produce.