Fruit and vegetable trading sometimes used to be known for the bickering between suppliers and the cloud between grower and buyer. Not anymore, according to commercial director Leon van den Hombergh of Frankort&Koning. Growers, traders, and retailers are increasingly pulling together. That's instead of trying to push each other out.

"It's been happening for a few years already. But it's recently intensified significantly. Logistics, packaging, and labor costs have increased considerably. That's created a new reality. There's now a high degree of transparency between producers and retailers. The in-between service providers solve issues quickly and efficiently," he says.

"The call for transparency began with supermarkets. Their shoppers compel them to be transparent. They want to know where products come from and who grows them. They preferably want to see what these farmers look like. Growers, in turn, are eager to no longer be anonymous. Financiers drive this move away from anonymous production."

"The intermediary trade needs continuity too. These companies want to avoid unnecessary costs. Requirements are becoming stricter. So, it's no longer feasible to pay for extra handling costs, like repackaging, in the chain," explains Leon.

He's not concerned that the next step might be service providers' redundancy. "Supermarkets have plenty of sales challenges. They're happy to let traders worry about the day-to-day. These companies can also demonstrate their value. That's at times when producers can't deliver."

"We'll always retain our trading function. Only it'll be much more collaborative than before. Increasing volumes and requirements mean we're working together much more. Of course, you have to fulfill your function, But every function isn't being disputed," says Leon. 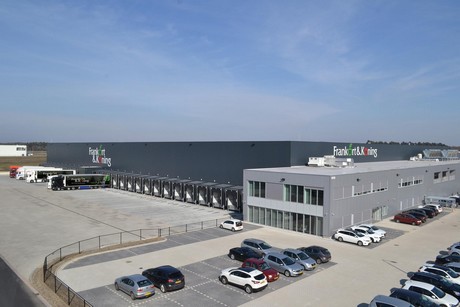 "Upscaling continues in all the chain's links. That's been going on for years in cultivation. But many traditional trading companies and exporters have been taken over or stopped too. Retailer consolidation is also taking on ever greater proportions."

"First, national supermarkets were acquiring regional ones. The next step is for national players to merge with international retailers. These new purchasing combinations have a considerable impact. There are only a few places left that determine what goes on sale. And what people will eat that week," Leon concludes.