"Demand for organic products is continuous" 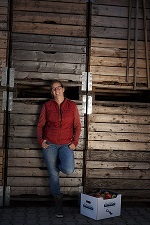 Lake Constance can look back on a good harvest and is slowly starting the new season. "Demand was good and prices remained stable. We were able to deliver until the beginning of August," says managing director of Ökobo Ltd, Birgit Gutberlett. "Since about 90% of our crops are grown under nets, we were not as badly affected by weather changes such as hail."

The late bloom and rain slowed down development slightly in recent weeks the harvest. "So the start of Santana is not expected until the end of August, Elstar does not start until the beginning of September, but we hope for a nice late summer and fall to also be able to finish the Fuji harvest in early November. Last year, the Corona hype led to early sellouts in June 2020 - this year, the lockdown at the beginning of the year slowed demand. This didn't get going until March." By early August, produce from the last crop could be sold. 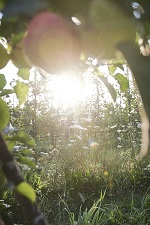 Despite the late frost over several nights well before bloom, neither frost rings nor frost spots are visible on the apples. "Last year, individual varieties were severely affected by frost spots - not this year. Our apples are rather smaller this year because the cell division phase was much colder. We are therefore hoping for a sunny and dry autumn."

While the current price situation cannot be compared to that during last year's hype, he said, last season started at a good level, which was maintained until the end.

EPS and ifco instead of bags and cardboard
The buyers of Ökobo's goods are exclusively the natural food trade. The goods are primarily sold loose. Gutberlett: "Virtually no one uses bags anymore. Cardboard boxes are also being used less and less, which is probably also due to the high disposal costs. Priority is still given to EPS and ifco packaging."

The Ökobo managing director also points to the wide range of apple varieties available. "We have many tolerant, scab-resistant varieties, but customers are more interested in the formerly conventional varieties that are now grown organically." Ökobo also worked more with flower strips this year. 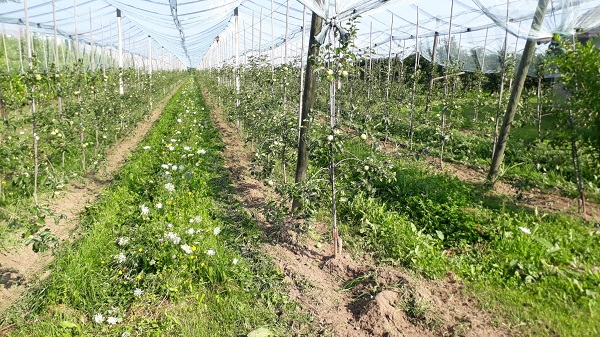 Failure to get harvest laborers
Gutberlett also observed that across the industry, the problem of a lack of harvest help is steadily increasing. While Corona is also to blame to some extent, he said, rising operating costs and low wages are the primary factors. "Harvest helpers who have been employed for years either don't report back or drop out elsewhere. Machine apple harvesting of table fruit is not currently developed."